Executive instructions adopted to promote the security of foreign tourists 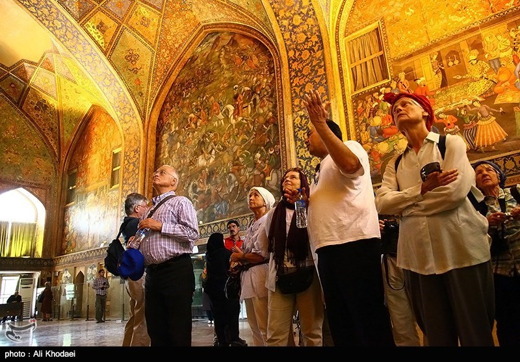 On December 16, Javan, a daily, carried a report on executive instructions approved by the Supreme National Security Council to provide foreign tourists with a more secure environment. The following is the translation of the report:

Amid a considerable growth in the number of foreign tourists visiting Iran, Iran’s Supreme National Security Council has voted for executive instructions aimed at beefing up security for foreign tourists.

It came after a set of instructions to promote security for foreign tourists was pieced together at the suggestion of Masoud Soltanifar, a vice-president and head of Iran’s Cultural Heritage, Handcrafts and Tourism Organization.

The instructions, which deal with the importance of boosting tourism and its impact on national security, focus on a wide range of subjects, including the security of tourists and tourist attractions, major threats to tourists, current challenges tourism is grappling with and upstream tourism strategies.

The passage of the executive instructions is of great importance, because over the past few years, absence of adequate security for foreign tourists in some tourist destinations has delivered heavy blows to the industry and has seen the number of tourists slump drastically.

One of the countries worst affected is Thailand, a nation whose tourism industry is still reeling from a deadly incident in which two British tourists were murdered [David Miller and Hannah Witheridge, whose bodies were found near a beachside bungalow on Koh Tai on September 15, 2014]. The absence of CCTV cameras and enough security forces at the place where the crime was committed were partly to blame for the bloody incident. Not only did the tragic double murder push Thailand out of the list of Asia’s most popular tourist destinations, but it saw a book entitled ‘Thailand: Deadly Destination’ hit bookstore shelves.

Thai officials are struggling to restore the country’s tourism image. With a decline in the number of foreign tourists travelling to Thailand and a subsequent drop in tourism revenues, the country is still paying a price for the traumatic incident.

A few months ago, reports emerged in Iranian media that a few foreign tourists had been taken advantage of. Officials at Iran’s Cultural Heritage, Handcrafts and Tourism Organization are to implement instructions aimed at maintaining the present inflow of foreign tourists and preventing any damage to this positive and forward-moving trend.

In compliance with the instructions approved by the Supreme National Security Council, a Central Commission for Tourism Security Supervision has been set up to work under the secretariat of the Cultural Heritage, Handcrafts and Tourism Organization. Members of the commission come from the Interior Ministry, Foreign Ministry, Roads and Urban Development Ministry, Islamic Republic of Iran Broadcasting (state broadcaster), Intelligence Ministry, Cultural Heritage, Handcrafts and Tourism Organization and police.

Members of the commission are to work together to ensure tourist security and make tourist attractions more secure, minimize threats and risks and shore up tourism and develop services affiliated with it.

The commission is to have offices in the provinces to work under the Provincial Security Council to ensure that foreign tourists are all safe.

The obligations and commitments of all state and military bodies have been specified in the instructions.