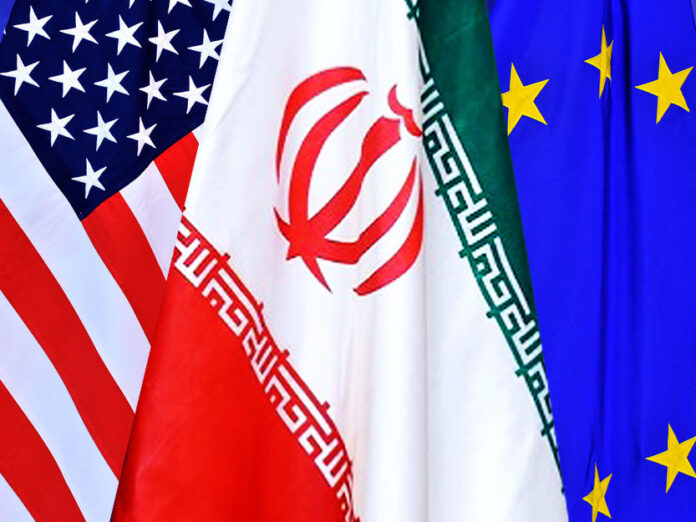 An informed source close to the Iranian foreign ministry says all relevant bodies in the Islamic Republic have received instructions on what to do in case the US president refuses to re-certify Iran’s compliance with the nuclear deal on January 12.

Speaking on the sidelines of the Second Tehran Security Conference on Monday, the informed source said “the instructions have already been given to the Atomic Energy Organization of Iran (AEOI) and the Foreign Ministry” on the way they should react after US President Donald Trump’s possible withdrawal from the Joint Comprehensive Plan of Action.

“We have all received our instructions. The AEOI is fully prepared to speed up our nuclear program and we have also our instructions to go and activate the Paragraph 26 which is a mechanism in the JCPOA to deal with this non-compliance of the deal by the US,” the source added.

The remarks came as Iran’s nuclear chief had earlier warned that the Islamic Republic would reconsider its cooperation with the International Atomic Energy Agency (IAEA) if the US fails to implement its commitments as per the nuclear deal between Tehran and world powers.

Speaking in a telephone conversation with IAEA Director-General Yukiya Amano on Monday, Ali Akbar Salehi warned about the consequences of Washington’s possible withdrawal from the Joint Comprehensive Plan of Action.

“If the US does not fulfil its commitments under the nuclear deal, the Islamic Republic of Iran will make decisions that can influence the current trend of Tehran’s cooperation with the IAEA,” said Salehi, the head of the AEOI.

Trump must decide by January 12 whether he will re-certify the Iran deal, known as the JCPOA, reached between Iran and the P5+1 group of countries, including the United States.

Re-certification indicates that Iran is complying with the terms of the nuclear accord.

Trump faces a series of deadlines in the coming days about what to do with the Iran deal, which he has called an “embarrassment” to the US and “the worst deal ever negotiated.”

Trump has not made a decision about whether he will certify the pact next week and continue to waive sanctions against Iran.

Iran Not Convinced Europe Will Take Its Side after US Withdrawal

Elsewhere in his remarks, the informed source said “unlike what President Trump says, there is no end to this deal. The nuclear deal is permanent. The main commitment of Iran is permanent: not to go for the nuclear weapons.”

“It is the time for Trump to re-certify Iran’s compliance with the JCPOA and extend the waivers. If he refuses to do that, it means the end of JCPOA for the US. But is this the end of the deal for Iran and other parties as well? To be honest, it depends on the Europeans’ reaction,” the source added.

“Europeans have so far failed to convince Iran that they can maintain the deal without the US,” the source went on to say.

The informed source also noted that the deal is in a very critical situation. “We need more wisdom this time, more than any time in the past.”

“Actually Europeans played a very good role in past two or three months to prevent the US Congress from doing anything wrong regarding the JCPOA but I’m not sure they can do the same with President Trump himself.”

The nuclear is in a very critical situation. We need more wisdom this time, more than any time in the past.

The source further noted that if the US and the EU fulfill their commitments, then Iran will ratify the Additional Protocol.

However, the source added, Iran has not been able to fully reap the benefits of sanctions removal. “It is a fact.”

“There are many reasons for that. The major reason is the violation of the deal by the US. Not the violation of spirit, but the text of the deal. The US as a signatory of the JCPOA is supposed to implement the deal with good faith and in a constructive atmosphere,” the source added.

“The constructive atmosphere is very important for all of those companies, banks and businesses that are willing to work with Iran. They would not engage in cooperation with Iran if they are in doubt whether or not they are penalized by the US; whether or not the deal will be torn apart by the president.”

Therefore, the source noted, President Trump has intentionally created an atmosphere of ambiguity, confusion, and uncertainly.

Companies, banks and businesses that are willing to work with Iran would not engage in cooperation if they are in doubt whether or not they are penalized by the US.

“According to Paragraph 28 of the JCPOA, all senior government officials of the P5+1 and Iran are committed to make every effort to support the successful implementation of the JCPOA including in their public statements. So anytime President Trump speaks against the deal, saying that it’s a mistake, it should be fixed, and so on, all these statements are against the letter of the JCPOA.”

“As a result, the atmosphere is not suitable for foreign companies and banks to work with Iran. They are afraid, they think the sanctions may be re-imposed, that President Trump may go for snapback.”