Iran Front Page
Home Society Environment Have you ever gasped for breath? 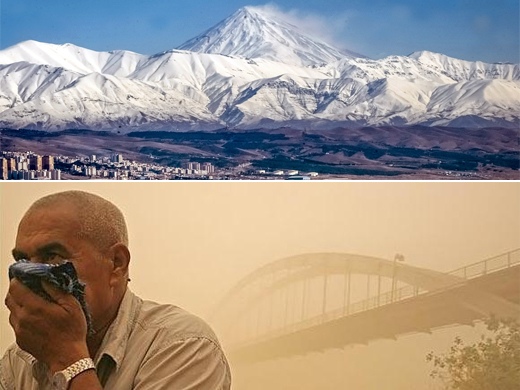 On February 1, Haft-e Sobh, a daily, carried an opinion piece on air pollution by Soroush Sehat, a TV and screen actor and director. What comes next is a partial translation of the piece:

It’s true that a lot is going on in the world, and there is news of war, conflicts and crises everywhere, but for a person like me who lives in Tehran, the most important news story is that the day before yesterday, there was a slight drizzle and yesterday winds blew, the sky finally cleared and turned blue, eventually snow-covered mountains along with buildings in the distance became visible and at long last we were able to take a breath, in fact a deep one.

When my friend went through my note, he said now that I had written something about the air in Tehran, I had to drop a few lines about air pollution in Khuzestan Province. I asked him what was wrong with the air there. Astonished by my question, he said in Ahvaz you can barely breathe; there are so many particulates in the air that everywhere looks yellow in the photos.

I went out to buy a newspaper and among different news stories in it I came across an article on air pollution in Khuzestan which has made it difficult for residents to breathe. I took a look at the photos which featured the residents of Ahvaz, wondering what it would be like to suck in and let out breaths with difficulty. Have you ever gasped for breath? 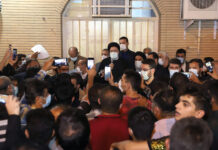 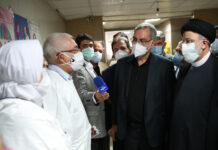