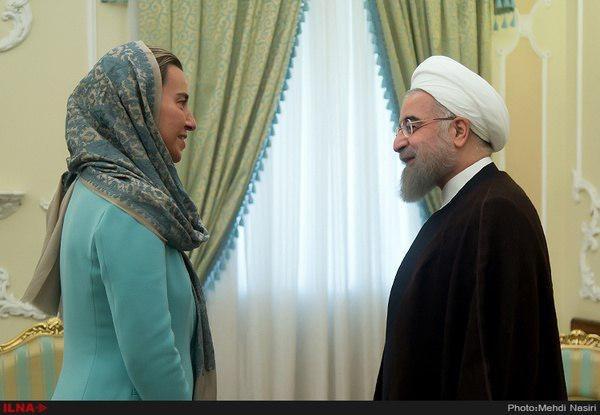 Federica Mogherini, the European Union’s Foreign Policy Chief, in a message offered her congratulations to Iranian President Hassan Rouhani on his re-election, and voiced the EU’s preparedness for bilateral engagement with the Islamic Republic.

“Iranians took passionately part to political life of their country. I congratulate President Hassan Rouhani for strong mandate received,” Mogherini noted in a post in her Twitter account.

“EU [is] ready to continue work for full JCPOA [the nuclear deal between Tehran and world powers] implementation, bilateral engagement, regional peace, and meeting expectations of all people in Iran,” she went on to say.

Iranian people on Friday went to ballot boxes across Iran and the world to vote for their favourite presidential candidates.

The main competition was between Rouhani and his conservative rival Ebrahim Raisi.

According to Iran’s state TV, Rouhani has already secured enough votes to become Iran’s president for the second four-year term.

He has so far gained 58.5% of the votes, while Raisi has received 39.7%. The final results are going to be declared by the Iranian Interior Ministry in half an hour.