Europe’s Proposal on Iran Deal “A Step Forward, but Not Enough” 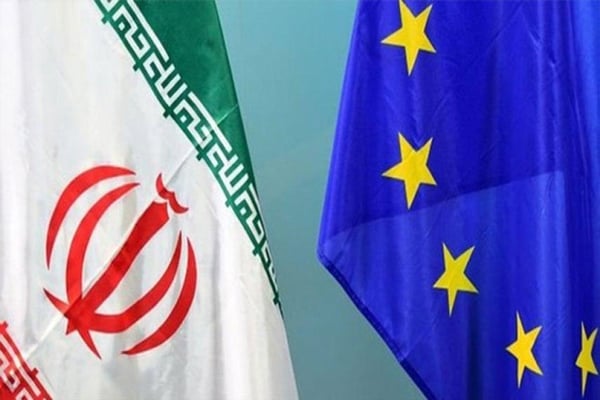 A senior Iranian official says the package of proposals put forward by Europe over the Iran nuclear deal was a step forward, yet not enough in the eyes of Tehran.

After US President Donald Trump withdrew from the Iran nuclear deal on May 8, 2018, and ordered American government bodies, including the Treasury Department, to reinstate sanctions on Iran, they planned to bring back sanctions in two phases: one in 90 days and another in 180 days. The first round of sanctions will be slapped on August 6, 2018. According to US authorities, the sanctions include a ban on Iran’s access to the greenback, gold trade and purchasing certain metals such as aluminium and steel.

Majid Takht-e Ravanchi, the deputy chief of staff of the president for political affairs has, in an interview with Tasnim News Agency, weighed in on the issue.

He said Iran and the European signatories to the JCPOA had predicted that the US might pull out of the deal, and hence Iran was in contact with the Europeans to settle the issue.

“We both had a common understanding that the US may withdraw from the JCPOA, but not the way it did; rather, [we thought it would pull out] using other methods,” he said.

The Europeans had told Iran that they would work on ways of maintaining the Iran nuclear deal if Washington withdrew from the agreement, he said.

After the US’ withdrawal, said the official, the other signatories to the deal, including the three European countries as well as Russia and China, were given the opportunity to work on the issue.

“President [Hassan Rouhani] also said Iran would give them the chance to do something to make up for the losses the Iran is suffering as a result of the United States’ withdrawal,” Takht-e Ravanchi said.

He underlined that Iran’s expert talks with the Europeans are ongoing, and the reason no news is announced in that regard is that the negotiations have produced no tangible results so far.

“First, the talks should bear fruit, then the results will be announced,” he noted.

The official underlined Iran is also holding consultations with Beijing and Moscow in parallel with the negotiations with Europe.

Elsewhere in his remarks, Takht-e Ravanchi described the package of proposals presented to Iran by the Europeans as “a step forward,” but added Iran believes the move is not enough and more needs to be done

“I believe a time will come when we will be able to discuss the details of the package, and I think everything will become clear at the end of the day,” he said.

He underscored that details should be discussed in order to handle issues.

“In order to move forward, we should get into details. When sanctions are imposed on our oil [sales], we should know how we can sell oil,” he said.

He said Iran and Europe are pressing ahead with the talks and “we see that the other parties are serious in their work.”

The official further touched upon the reinstatement of US sanctions on Iran in two phases, and said one round of sanctions applies to items such as currency, automobiles, gold and things like that, and the second round goes for banks, oil, and the like.

“We have told the Europeans that we should get things settled before the sanctions prove effective,” he said.

He underlined that the Europeans should adopt measures before sanctions are slapped or their actions will be of no use.

“What good are talks if sanctions are imposed and the measures they adopt to compensate [for the consequences of the sanctions] are not effective?” he said.

The official said he believes the Europeans will take some action before the first round of sanctions go into effect on August 8.