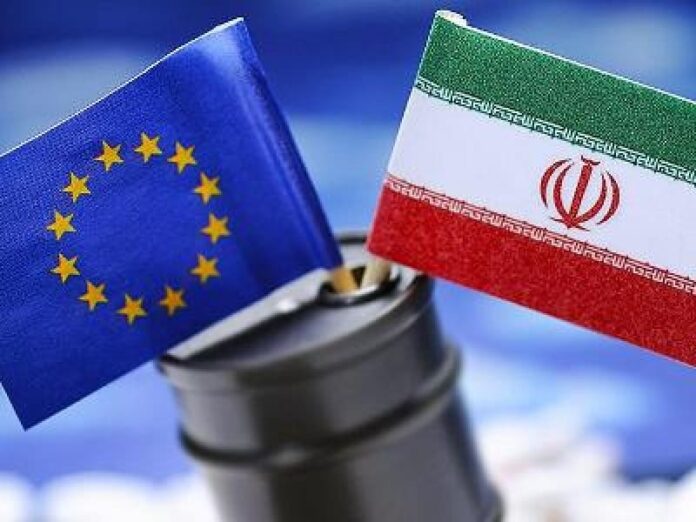 The Europeans have reportedly put forward a ludicrous proposal on buying Iran’s crude oil as part of their efforts to save the Iran nuclear deal.

Conservative Fars News Agency claims that the Europeans failed to directly offer to purchase oil from Iran in a recent meeting with political Iranian officials; rather, they announced that Iran can export its petroleum via Russia by selling crude oil to the country, which will then export it to Europe.
Since the US withdrew from the Iran nuclear deal, officials at the Iranian foreign policy apparatus have been trying to move forward with the JCPOA European-style, and have held numerous rounds of talks with the Europeans on how to preserve the nuclear agreement, so that Iran will be able to sell oil to those countries.
Rumours abound that the Europeans have offered to buy one million barrels of crude form Iran per day provided that Tehran, too, pays attention to their illogical demands.
However, Fars News Agency has learned that the Europeans have apparently announced Iran can sell one million barrels per day of oil to Russia, which, in turn, will supply Iran’s oil to the market.
What the Europeans have put forward as a proposal is, in fact, one of the policies pursued by Iran in the previous years as well, and it has nothing to do with the Europeans and they have no right to interfere in that issue. Their proposal should be one which provides for the P4+1 countries to directly buy oil from Iran. The offer they have already made is, in fact, a nonstarter, and Iranian negotiators are expected to pay due regard to these issues.

Iran’s Oil Exports to Russia
The report suggests that two years ago, i.e. the time when the JCPOA was valid and in force, Iran and Russia agreed that Tehran export its petroleum to Russia under a long-term deal. Under the agreement, Iran would export 100,000 barrels of oil to Russia. In return, Russia would pay 50% of the price in the form of goods, and the remaining 50% in cash (in Euros). Based on the report, Iran has exported several oil consignments to Russia.
Interesting enough, before the agreement was reached in the form of a contract, Iran and Russia had already done the same thing in 2011 and 2012 without having an official contract. Under that agreement, Russia would buy part of Iran’s oil and export it as its own petroleum.
So, the Europeans are not entitled to make decisions about this old and strategic policy of Iran, and if they have a specific proposal about buying Iran’s oil, they should present it.