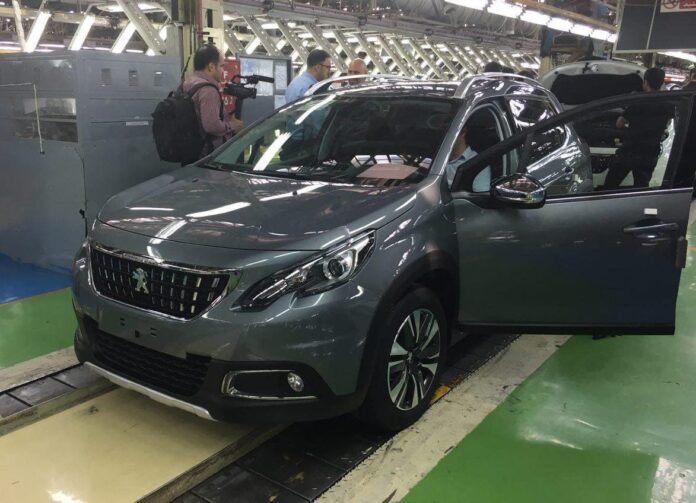 Informed sources say European carmakers like Peugeot, Citroen and Renault will continue their operation in Iran despite the upcoming re-imposition of US sanctions.

These days there are reports that foreign firms have decided to leave Iran following the US withdrawal from the Iran nuclear deal. Even before the US withdrawal, certain foreign manufacturers preferred to stop their operations in Iran and some others even issued statements announcing their quit.

But the story of automotive industry is relatively different from other industries. Arriving back in Iran following the clinching of the Iran nuclear deal in 2015, foreign car manufacturers told reporters how international sanctions on Iran inflicted heavy blows on them, forcing them to leave Iran during the past decade. On the other hand, Iranian car manufacturers complained to the management of their foreign counterparts for their decisions to leave Iran amid international sanctions. They said the decision dealt a heavy economic blow to Iran and led to massive production of low-quality cars.

Now, the Iran newspaper quoting some informed sources says such car manufacturers as Peugeot, Citroen and Renault will remain in Iran despite US sanctions.

According to the sources, Iranian and foreign carmakers have decided to open a new chapter in their relations by signing new cooperation deals with higher resistance against sanctions. Joint investment is the best solution.

To achieve a bigger share of Iran’s automotive market, the French car manufacturer Peugeot signed a new deal with Iran. The joint venture between Peugeot and Iran Khodro, known as IKAP, was established as part of the deal with each side investing about IRR 450 billion in it.

The joint venture came into effect with Peugeot 2008 production which has been warmly welcomed since its early days in Iran. The car’s price was first set at IRR 980 million but was then increased to IRR 1.1 billion due to the rising price of foreign currencies in Iran.

Following the US withdrawal from the Iran nuclear deal, the possibility of Peugeot’s pullout of Iran gained momentum. But as Pierre Foret, the deputy chief of IKAP in sales and marketing, said, the French car manufacturer seeks to localize its production in Iran based on an agreement it signed with the Iranian side.

“By increasing the rate of localization, we can alleviate the blow of the sanctions. So, we should increase the number of our products’ models.”

A manager from Iran Khodro said Peugeot has not yet talked of its decision to leave Iran. “Given its heavy investment in Iran, it can’t pull out of the country easily as it did in previous years. Peugeot will remain in Iran because leaving Iran is not economically reasonable for them. Meanwhile, Peugeot doesn’t want to get involved in political issues.”

Citroen to Press Ahead with Projects in Iran

“Since it doesn’t have joint interests with the US, Citroen will remain in Iran,” an official with SAIPA said. He went on to predict that Citroen will increase its interactions with Iran.

Two years ago, Jean Christophe Comar, the CEO of Peugeot-Citroen Group, said the company has agreed to co-produce three new vehicles with SAIPA: one in B segment, the other in C segment and the last one in modern and luxurious level. Their first joint product is CRX SUV.

The first joint product of SAIPA and Peugeot Citroen entered the market in late 2017 and early 2018. It is an SUV which is highly popular in Iran. The two sides began to build and equip their joint factory before 2018.

Unlike Peugeot and Citroen, the French company Renault is not optimistic about its remaining in Iran. Though Renault’s management talks of staying in Iran arguing that there is no reason to leave the country, they are not certain about the company’s future due to the economic threats following the US withdrawal from the JCPOA.

An informed source told the Iran newspaper that they are seeking to revise their agreements with the Industrial Development & Renovation Organization of Iran (IDRO) by setting new conditions.

The IDRO does not see the revision out of reach saying there are limited differences over new conditions. Efforts are underway to remove the differences soon. Observers, however, maintain that removing all the differences is impossible amid the current situation.

Unlike Peugeot which decided to leave Iran under international sanctions, Renault never left Iran but stopped providing the country with auto parts directly.

Renault and Nissan from Japan are the two car manufacturers which are highly likely to leave Iran because they have a large market in the US and thus are not ready to lose it.

On the other hand, Hyundai Motor Company and KIA Motors may set their own conditions for their staying in Iran and leave the country if their conditions are not met.