“Europe Seeking Own Interests When Cosying Up to Iran or US” 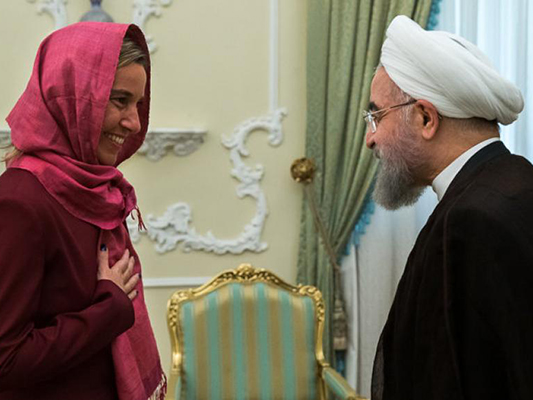 A political analyst believes Europe only has its interests in mind when approaching Iran or the US, and if Tehran fails to live up to its JCPOA commitments, the EU will change its behaviour.

Political analyst Yasser Nouralivand has, in an article published by the Persian-language Entekhab news website, weighed in on the latest developments surrounding the nuclear deal signed between Iran and six world powers over Tehran’s nuclear program. The highlights of the analytical piece follow:

If Europeans are supporting the Iran nuclear deal and the expansion of relations with Iran, it does not mean they have chosen Iran or are squaring off against the United States; rather, it means they have chosen interaction rather that confrontation as the most pressing need of today’s global politics.

The European Union’s backing for the nuclear agreement also known as the Joint Comprehensive Plan of Action (JCPOA) can be evaluated based on the same axiom. Today, as Europeans are warning the White House against contravening or withdrawing from the JCPOA, they will undoubtedly reverse their approach vis-à-vis Tehran should Iran breach or withdraw from the deal.

The twelfth administration in Iran has put détente and engagement with the West on its foreign policy agenda as did the eleventh administration, putting Europe in the middle of lasting tension between Iran and the United States. The same policy was pursued by the seventh and eighth administrations around 15 or 20 years ago. In those years, Iran-Europe relations experienced a unique period after two decades of tension and were upgraded to such a level that Europe stood up against the US for the first time since the 1979 Islamic Revolution and refused to implement the sanctions law against Iran known as the D’mato law. However, during Mahmoud Ahmadinejad’s presidency, the growing relations between Iran and Europe witnessed a downturn and hit rock bottom ever since the Islamic Revolution. At that time, Europe got on board with the US and both imposed tough sanctions on Tehran. But now, Europe has shown a U-turn and again adopted a friendly approach toward Iran. It seems that Europe once again has to choose between Iran and the US.

Based on the existing evidence in international politics, Europeans’ inclination to boost their economic relations with Tehran, their sensitivity toward the fate of the JCPOA, and their distancing themselves from the Trump administration, some people believe Europeans will choose Iran.

On the other side of the spectrum, there are some people who believe Europeans are regarded as Washington’s strategic allies under any circumstances and they will choose the US when it comes to priorities and major interests, and hence, we cannot count on them.

The writer believes either of the abovementioned viewpoints fails to present a proper understanding of Europeans’ actions. These points of view make us either optimistic or pessimistic about Europe’s role. This is the reality: neither did Europeans’ policy during the tenure of the seventh and eighth administrations mean Europe had chosen Iran, nor did their approach later on mean they had chosen the US.

The European Union has always paid attention to one point in adopting policies, and that is it has gone for a kind of diplomacy that would serve the common interests of the bloc’s members. Europe basically acts diplomatically and makes choices based on mutual interaction and interactive diplomacy. In fact it has been Iran’s actions and their conformity with Europe’s security and economic priorities that have taken Europe on board with Iran.