‘Europe Not Reliable Partner for Iran If US Withdraws from JCPOA’ 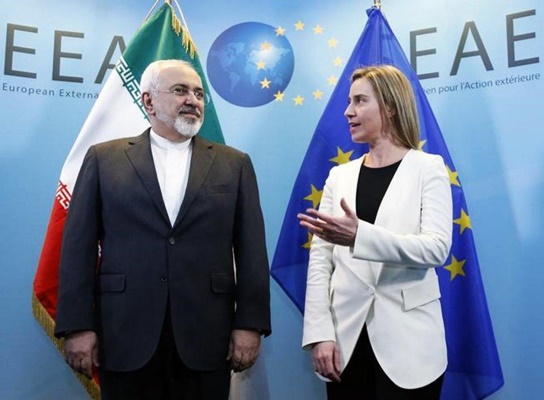 An Iranian lawmaker believes that if the US decides to pull out of the nuclear deal between Tehran and world powers, Iran cannot rely on the Europeans as committed partners.

Speaking in a Farsi interview with ICANA, Iranian MP Ezatollah Yousefian Molla said Iran should not rely on the Europeans as committed partners in case the US withdraws from the JCPOA.

“For example, French President, Emmanuel Macron, first voiced his support for the JCPOA but following his phone talks with the US president, Donald Trump, he changed his stance,” he noted.

He went on saying today Macron raises the question that what will happen if the Islamic Republic tries to produce nuclear weapons. “Such statements come as Iran has repeatedly announced that it is not after a nuclear bomb. This shows that the EU is not a reliable partner because it always follows the footsteps of the US when it comes to Iran.”

“The Europeans just pay lip services to Iran,” Yousefian Molla said, adding that over the past years, the EU has not yet made any concrete investment in Iran.

Elsewhere in his interview, the Iranian lawmaker referred to the US stance towards the JCPOA and added under Trump administration, the US has sought to accuse Iran of not sticking to its commitments under the JCPOA. “But their efforts have all ended up in failure because Iran has remained faithful to its commitments.”

The lawmaker also referred to the US call to inspect Iranian military centres and added the ruling officials in the US have come to this conclusion that they can’t get the permission to visit the military centres within the JCPOA’s framework.

“Even if Iran gives the permission to the US, the results of the inspection will be released after one year and this is of no use for the US,” he added.

The MP stressed unlike what the US officials claim, it is the US which is violating the spirit of the JCPOA. “So far, due to the US violations of the JCPOA, Iranian banks have not managed to receive even a single penny from abroad because the European banks are afraid of doing any transaction with their Iranian counterparts.”

He said the US survives only through making excuses and violating its international commitments and added the US foreign policy has always been dotted with conflicts and violence throughout history.

Yousefian Molla also noted that the US views North Korea’s threat as verbal, but Iran’s threat as practical. “They are afraid of Iran’s influential role in Iraq, Syria and Myanmar.”