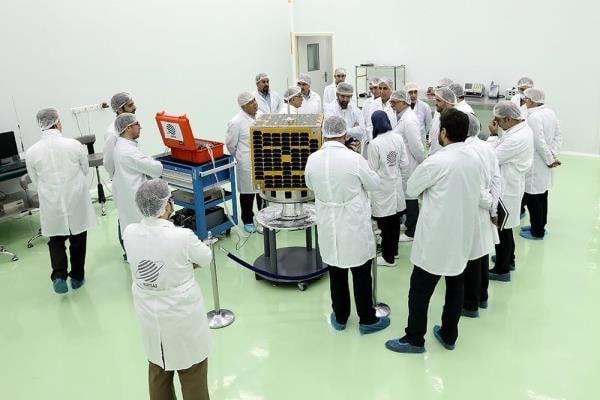 Iranian Minister of Information and Communications Technology Mohammad Javad Azari Jahromi says the Islamic Republic should not wait for other states to launch Mesbah communication satellite, adding the Europeans have backtracked on their promise to launch the satellite.

Azari Jahromi underlined that the Islamic Republic will no longer wait for others to launch two other newly produced Payam (Message) satellite by Amir Kabir University and “Dousti” (Friendship) satellite by Sharif University.

“Those people claiming that Iran should not develop its peaceful space industry make nonsense remarks,” he was quoted as saying in a report by Mehr News Agency.

The Iranian minister then underlined that despite the peaceful nature of Iranian satellites like Mesbah, Payam and Dousti and their contributions to the international efforts to promote humans’ life quality, evidence show that the international community has fallen shy of establishing an appropriate cooperation with the Islamic Republic in space science area.

“We have jointly produced Mesbah satellite with a number of foreign countries, but the satellite has not been launched since 2001. The satellite is now ranked outdated because of the backtrack by the states on their promise to launch it,” he noted.

According to the Iranian minister, back in 2009, Iran reached an agreement with some foreign countries to put together a new satellite, but the states backtracked on their promises later and did not establish cooperation with Iran.

“So, we decided to do it ourselves and through hard efforts by the skillful Iranian space scientists, we managed to make the satellite with an accuracy about 25 times higher than was envisaged earlier. We also made it operational.”

Azari Jahromi said Iran sees no reason to wait for other states to launch Mesbah, Dousti and Payam satellites.

He underlined that the Islamic Republic will allocate the required budget for designing and producing further satellites. “We will have no serious problem in this area given the recent increase in the industry’s budget in the annual budget for the next year. We maintain that any money spent in the space area will serve as a great investment for the country.”

Iran decided to cancel plans for putting Mesbah communication satellite into orbit two years ago due to high expenses. The satellite was made in collaboration with Italy’s Carlo Gavazzi Space S.P.A in 1998 and was unveiled in 2005.

Mesbah is a low earth orbit telecommunication satellite. The $10 million satellite was developed as a tool for collecting data on ground and water resources and meteorological conditions, and to control power supply systems and pipelines.

Bahrami went on to add, “of course not every satellite needs to get to the launching stage. We have founded a space museum that will be inaugurated this summer. Mesbah satellite will be kept in the museum.”

He also noted that two other satellites are ready for launch, adding that further information will be disclosed next week.