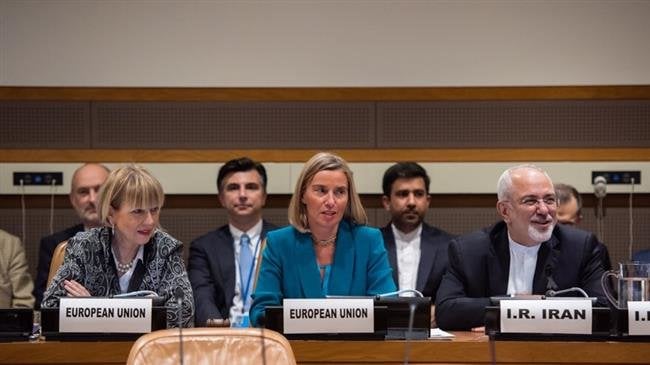 Remaining parties to the Iran nuclear deal have promised to establish a ‘special purpose vehicle’ to facilitate payments related to Iran’s exports as part of efforts to salvage the Joint Comprehensive Plan of Action after the US’ withdrawal.

A Ministerial Meeting of the E3/EU+2 (China, France, Germany, the Russian Federation and the United Kingdom, with the High Representative of the European Union for Foreign Affairs and Security Policy) and the Islamic Republic of Iran, the participants of the Joint Comprehensive Plan of Action, was held on 24 September 2018 in New York on the sidelines of the UN General Assembly.

The meeting, which was particularly important before the US’ attempt to make instrumental use of the UN Security Council and perform a show against Iran, clearly indicated the support of EU, China, and Russia for Iran and the JCPOA as well as the US isolation.

At the end of the meeting, which was chaired by EU Foreign Policy Chief Federica Mogherini, the foreign ministers of Iran and the P4+1 issued a joint statement which includes important and considerable points.

In this statement, which was read out by Iranian Foreign Minister Mohammad Javad Zarif and EU’s Mogherini, the participants reconfirmed their commitment to the full and effective implementation of the JCPOA in good faith and in a constructive atmosphere, especially in removal of sanctions.

​​The participants recognised that the lifting of sanctions, including the economic dividends arising from it, constitutes an essential part of the JCPOA.

The foreign ministers expressed their deep regret over the US’ withdrawal from the nuclear deal, and in a clear opposition to Washington’s unilateral sanctions, they reaffirmed their continued commitment to the objectives mentioned in the statement of the Ministerial Session of the Joint Commission of the JCPOA on 6 July 2018, in particular to pursue concrete and effective measures to secure payment channels with Iran, and the continuation of Iran’s export of oil and gas condensate, petroleum products and petrochemicals.

They also reaffirmed their commitment to maintain and develop payment channels to keep trade with the Islamic Republic in the face of the US sanctions.

Mindful of the urgency and the need for tangible results, the participants welcomed practical proposals to maintain and develop payment channels, notably the initiative to establish a Special Purpose Vehicle, to facilitate payments related to Iran’s exports (including oil) and imports, which will assist and reassure economic operators pursuing legitimate business with Iran. The participants reaffirmed their strong will to support further work aimed at the operationalisation of such a Special Purpose Vehicle as well as continued engagement with regional and international partners.

The statement also encouraged other countries to adopt similar policies and establish similar mechanisms in their economic ties with Iran, highlighting efforts to maintain and improve bilateral economic relations, and the mobilisation of considerable resources by all, including with third countries interested in supporting the JCPOA and in pursuing, in a timely and effective manner, the normalisation of trade and economic relations with Iran.

The statement indicated the parties’ strong resolve to maintain the nuclear deal and their opposition to the US’ determination to destroy the JCPOA and re-impose its sanctions on Tehran.