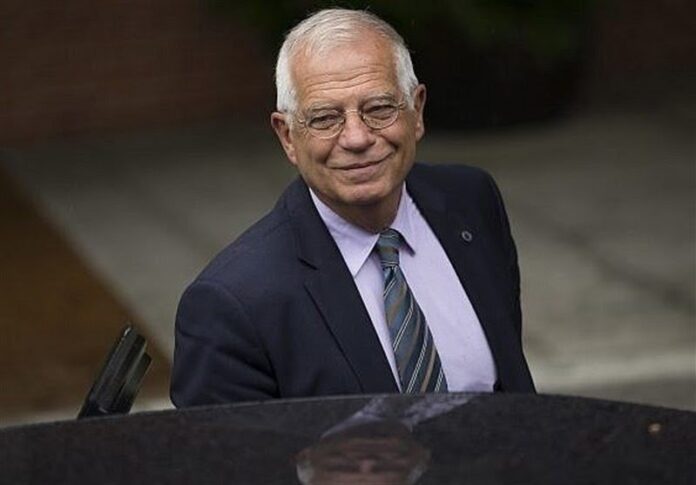 The EU foreign policy chief says the bloc has currently no decision to go for what some media reports are calling a “Plan B” on Iran.

The EU foreign policy chief says the bloc has currently no decision to go for what some media reports are calling a “Plan B” on Iran.
“It’s time to go back to the negotiating table. And I don’t want to think about Plan Bs because no… Plan B that I could imagine would be a good one,” Josep Borrell said.
He added that he is open to discussions with Iranian officials in Brussels as part of efforts to revive the talks with Iran on the 2015 nuclear deal, but warned that ‘time is running out’.
His comments come after a recent meeting between the EU’s Coordinator for the nuclear talks Enrique Mora and Iranian Deputy Foreign Minister for Political Affairs Ali Baqeri in Tehran.
During the meeting, Baqeri, who is Iran’s top nuclear negotiator, said Tehran is after tangible results in any new talks with the parties to the nuclear deal.
He said Tehran is always ready for serious negotiations that result in an agreement that translates into action.
The talks in Vienna on revival of the nuclear deal were halted due the change in administration in Iran. Tehran says it will return to the talks as soon as the new negotiating team is ready, but has warned that it will not take part in endless negotiations.