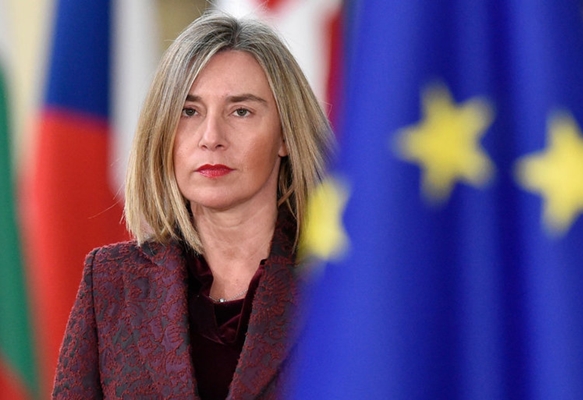 The High Representative of the European Union and the Foreign Ministers of France, Germany and the United Kingdom have, in a joint statement, dismissed Tehran’s recent move to reduce its commitments under the nuclear deal.

“We note with great concern the statement made by Iran concerning its commitments under the JCPoA (Joint Comprehensive Plan of Action),” the statement said on Thursday.

“We remain fully committed to the preservation and full implementation of the JCPoA, a key achievement of the global nuclear non-proliferation architecture, which is in the security interest of all,” it added.

“We strongly urge Iran to continue to implement its commitments under the JCPoA in full as it has done until now and to refrain from any escalatory steps,” it went on to say.

“We reject any ultimatums and we will assess Iran’s compliance on the basis of Iran’s performance regarding its nuclear-related commitments under the JCPoA and the NPT (Treaty on the Non-Proliferation of Nuclear Weapons). In this respect, we recall the key role of IAEA (International Atomic Energy Agency) monitoring and verification of the implementation by Iran of its nuclear-related commitments.”

“We also look to Iran to continue to adhere to established JCPoA formats and mechanisms including the JCPoA Joint Commission,” it added.

“At the same time we recall our own firm commitments under the agreement including as regards sanctions-lifting for the benefit of the Iranian people. In this regard, we regret the re-imposition of sanctions by the United States following their withdrawal from the JCPoA,” the statement said.

“We are determined to continue pursuing efforts to enable the continuation of legitimate trade with Iran, including through the operationalisation of the special purpose vehicle “INSTEX”.”

“We call on countries not party to the JCPoA to refrain from taking any actions that impede the remaining parties’ ability to fully perform their commitments,” the statement concluded.

The statement came after the Supreme National Security Council of Iran declared the country’s decision to stop implementing some of its commitments under the 2015 nuclear deal in reaction to the US’ withdrawal from JCPOA and Europe’s failure to make up for that.