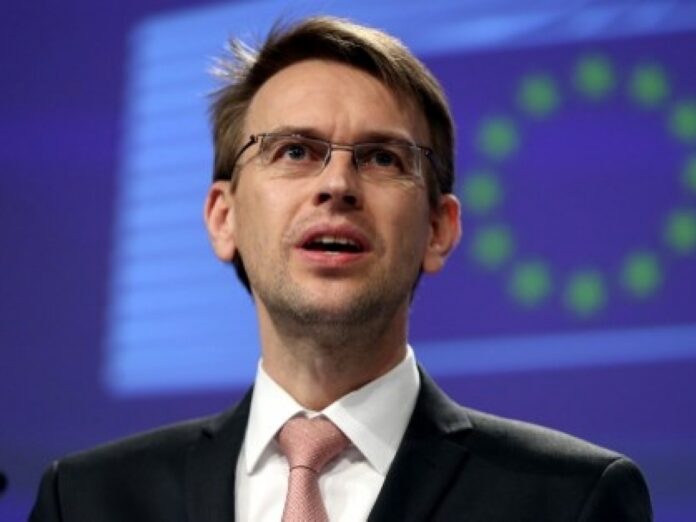 The recent meeting between Iran and the European Union (EU) top diplomats in Brussels over the nuclear deal was “useful”, according to an EU spokesman.

Speaking at a regular briefing, Stano added, “We are working together with other partners, including Iran and other signatories (to the 2015 nuclear deal) to fix a concrete date as early as possible to reconvene in Vienna.”

In a tweet following the talks with Mora, Baqeri stated Iran will rejoin the negotiations aimed at the removal of the United States’ sanctions against Tehran before the end of November.

“We agree to start negotiations before the end of November. Exact date would be announced in the course of the next week,” he tweeted.

Washington re-introduced the sanctions against Iran in 2018, after leaving the Joint Comprehensive Plan of Action (JCPOA), a historic nuclear agreement that had lifted the inhumane economic bans in return for some voluntary restrictions on Iran’s nuclear energy program.

Following a year of strategic patience, Iran resorted to its legal rights stipulated in Article 26 of the JCPOA, which grants a party the right to suspend its contractual commitments in case of non-compliance by other signatories, and let go of some of the restrictions imposed on its peaceful nuclear program.

Iran and the remaining parties to the JCPOA have held six rounds of talks in Austria’s capital, Vienna, since April, which began after the administration of US President Joe Biden voiced willingness to rejoin the agreement. The talks were, however, put on hold in the run-up to Iran’s presidential election in June so that the Islamic Republic could go through a period of government transition.

A source familiar with the top Iranian nuclear negotiator told Press TV on Wednesday that Iran has officially announced readiness for talks with the three European signatories to the JCPOA – France, Britain, and Germany – in Tehran or in the trio’s respective capitals, contrary to claims by certain US media.