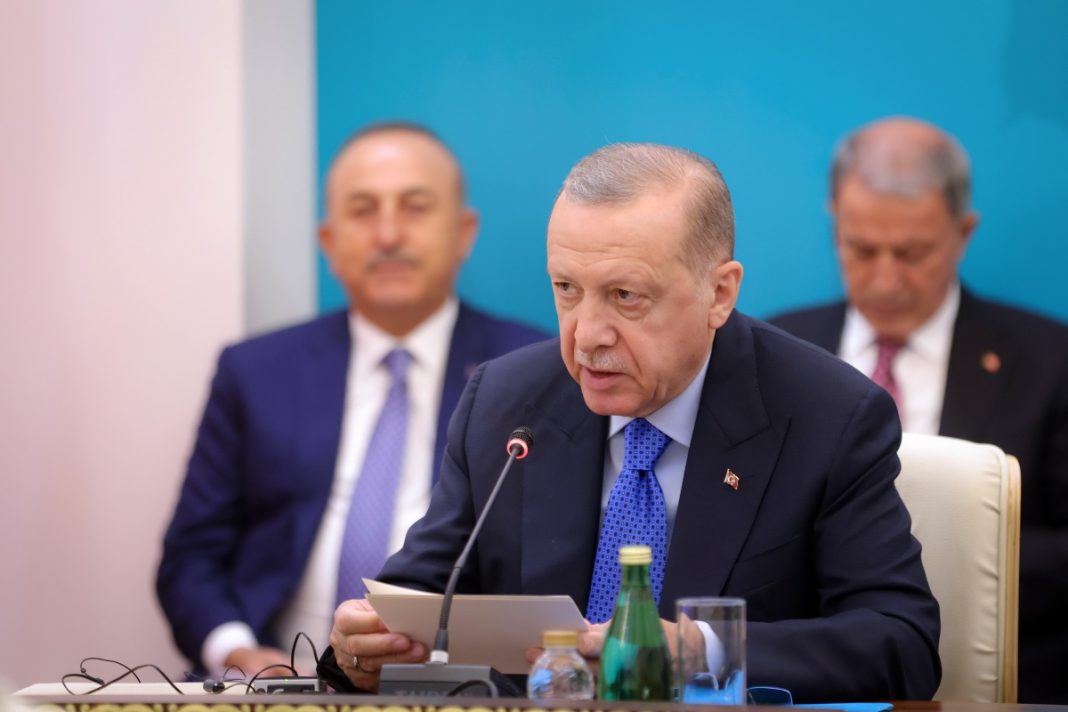 Turkish President Recep Tayyip Erdogan says the Astana peace process, launched in 2017 at the initiative of Iran, Russia and Turkey to tackle the tensions in Syria, is the best format for a political solution to the ongoing crisis in the war-torn country.

Erdogan said the main problem in Syria is the militants in northern parts of the Arab country, and Turkey is determined to root out the foreign-backed militants.

The tripartite summit in Tehran ended by a final statement, underling the resolve to continue the cooperation in the fight against terrorism.

Russian President Vladimir Putin had also joined his Iranian and Turkish counterparts in the Tehran summit.