Entrance to Iranian Embassy in London Blocked by Protesters 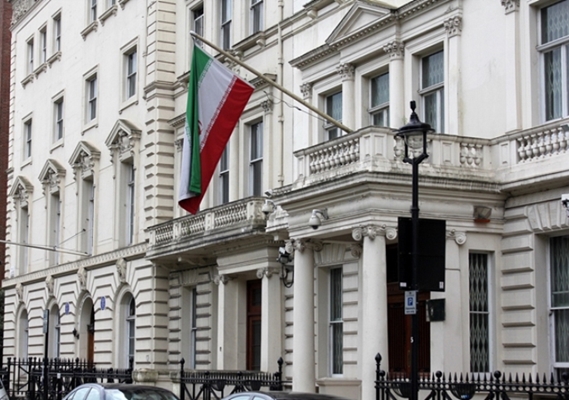 Iran's Ambassador to the United Kingdom has announced that several protesters have blocked the entrance to the Iranian embassy in London.

Hamid Baeidinejad wrote on his Twitter account that despite several warnings to the police and the British Foreign Office, several people have blocked the entrance since yesterday and stayed there overnight.

“The embassy’s privacy should be respected. The presence of protesters and cameras in front of the embassy, which is only a few metres wide, compromises the security of the diplomats when entering the building,” the Iranian envoy said.
“Civil protest is the citizens’ right, but it must be carried out outside the embassy premises under the supervision of police,” added Baeedinejad.

This comes as the Iranian embassy has been attacked by anti-Iran elements for several times during recent months.