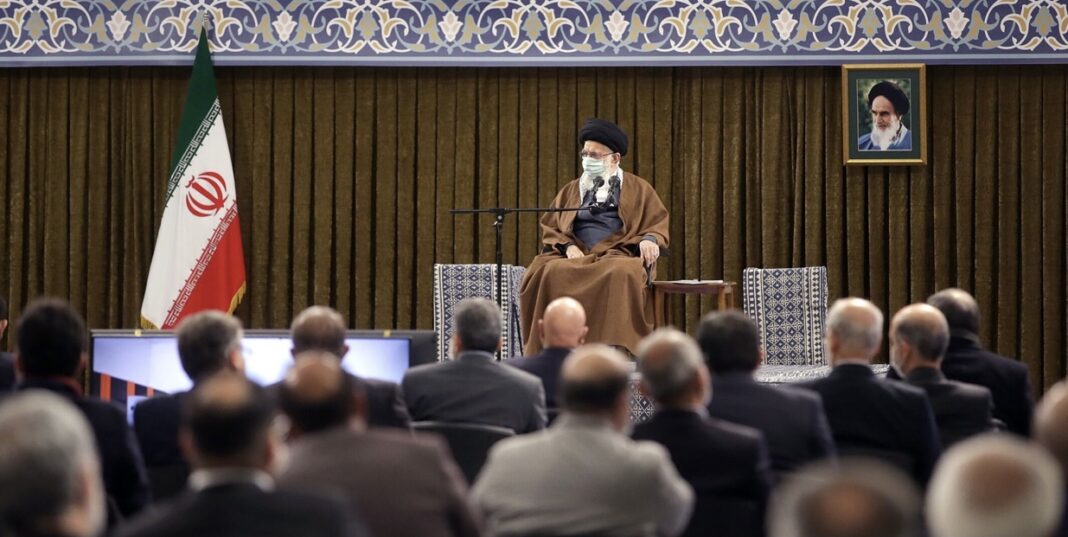 Iran’s Islamic Revolution Leader says the enemy has tried to deal a blow to the country’s economy by waging an economic war.

“By this war, the enemy south to shatter Iran’s economy,” said Ayatollah Khamenei in a meeting with manufacturers and economic players.

“Of course, the collapse of the economy was a precursor because by destroying Iran’s economy, they wanted to pit people against the Establishment of the Islamic Republic and reach their wicked political objectives through that,” he added.

Elsewhere in his remarks, the Leader urged officials to further reinforce the industry sector in the country.

“First, they should delineate a strategic roadmap for the entirety of the country’s economy, particularly for certain industries; second, centralized management, management and guidance,” he explained.

He said he prefers state institutions not to get involved in economic activities. Rather, he added, government officials and institutions should monitor such activities and offer guidance and assistance.

He also urged producers to pay attention to “quality” in their work.