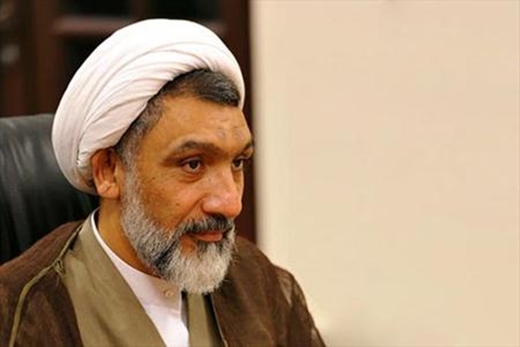 Justice Minister Mostafa Pourmohammadi has said that Iran has managed to undo the destructive effects of the Western-imposed sanctions.

Iran’s justice minister has lashed out at those critical of the direction of nuclear talks with P5+1, saying that Iranian negotiators will not compromise the stances of the nation and those of the revolution.

On January 19, Arman-e Emrooz daily quoted Mostafa Pourmohammadi as saying that the enemy cannot prolong its oil war against Iran. The following is the translation of his remarks at a ceremony marking the martyrdom anniversary of Shahid Sayyid Navvab Safavi [an anti-Pahlavi cleric]:

Critics should stop saying that [the country’s] negotiators are over-optimistic, or that they have budged and do not properly defend the stances of people and those of the revolution.

Some even go further and say ‘You have pinned much hope on foreign assistance for reforming the economy.’ These people should be told, ‘If you do not believe in what your friends say, at least trust what the enemies say.’

Obama says that one problem associated with the talks is that Iranians have no trust in the US. This is true and at the same time very important. At the climax of the talks and at the peak of comings and goings we proved that we are defending our ideals to the best of our ability.

First, the enemy admitted that Iran is a regional power and second that ‘they [the Iranians] have no confidence in us [the US]’.

The slogan that ‘We continue to stand up and put up resistance’ remains as valid as ever, but it will produce good results if and when it comes with planning and wisdom.

From the outset, sanctions were imposed to cripple Iran’s economy and force us into submission, but on the back of the nation’s patience and prudence Iran has managed to keep in check the inflation and blunt the blade of sanctions.

The enemy cannot drag on the oil war. If the enemy had succeeded in securing its intended results from slapping anti-Iran sanctions, it would not have walked on the path to self-destruction by sending the oil prices plunging. The pump war cannot rage on.