Egyptian FM May Visit Iran in Near Future 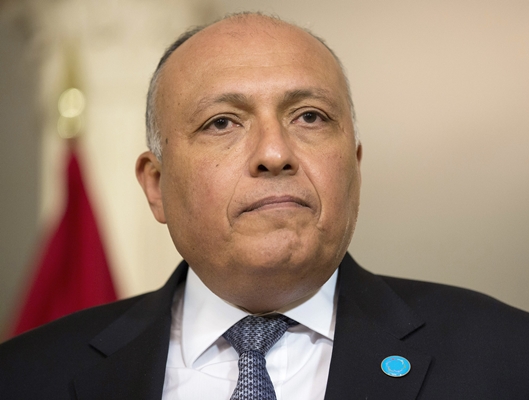 A London-based Arab newspaper has claimed that the foreign minister of Egypt may visit Tehran in the near future to promote bilateral ties between the two countries.

According to a report by Iranian Diplomacy news website¸ as translated by IFP, Tehran and Cairo are going to take effective steps to improve bilateral relations.

Iran’s recent mediation between Egypt and Iraq for an oil contract played a major role in reinforcing Tehran-Cairo ties. Based on the contract, Iraq’s oil will replace that of Saudi Arabia.

Al-Arab further reported that Egyptian Foreign Minister Sameh Shoukry may also pay an official visit to Tehran in the coming days to upgrade the level of ties with Iran.

Egypt is the only Arab country without an embassy in Iran. However, since the official resignation of Egyptian President Hosni Mubarak in February 2011, relations started to improve significantly.

In April 2012, Iran appointed an ambassador to Egypt.

Following the Egyptian Revolution of 2011, and the appointment of ambassadors after nearly 30 years, Egyptian President Mohammed Morsi made a historic first visit to Iran since the Iranian Revolution for the 2012 Non-Aligned Movement summit on 30 August.

Soon after Egyptian Morsi’s visit, it was decided to reestablish bilateral diplomatic relations, with rededication of embassy locations. A first ambassador was nominated to represent Egypt in Iran.

In March 2013, direct flights between two countries were reinstated.