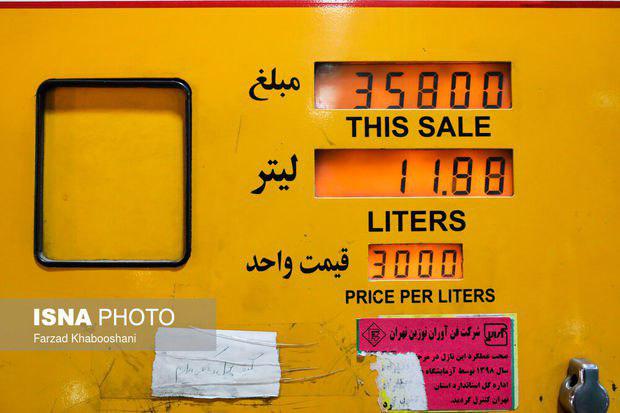 One of the most fervent advocates of new regulations on fuel consumption in Iran says a series of public protests in the wake of a recent hike in the price of subsidized gasoline had other social reasons.

In an interview with Jamaran, Iranian economist Saeed Laylaz described the recent hike in the fuel price in Iran as a “pricing reform”, but also leveled heavy criticism at the management strategies of the government.

The following is the text of his interview:

Q: Mr. Laylaz, you had already announced that you were one of the architects of the fuel consumption management plan.

Laylaz: That’s right. I was a strong supporter of an increase in the price of energy carriers, not gasoline alone. But the plan that I had put forward in early 1397 (March 2018) at the outset of new sanctions had three parts.

The first part entailed reform policies, including a rise in the price of energy carriers. The second part involved policies to offer support and compensation in the face of such price reform: to double or triple the subsidies, and to guarantee a daily supply of 2,000 calories with the distribution of coupons among all 83 million people (in Iran); Thirdly, under no circumstance should a patient be deprived of medicine or treatment. We must also make the public transportation almost free, and guarantee free education up to the degree of diploma.

The principle of my theory, in theoretical or ideological terms, is that I believe that no revolution or unrest would take place without three or four deciles of a society. Those three deciles include the lowest income population. Also without the three or four middle deciles, there would be no stability. And without the one or two top deciles, no progress would be made.

After all, let’s see which issues in Iran do not have domestic roots. For instance, we face an environmental crisis. Do Iraq, Afghanistan, Pakistan, Saudi Arabia and Turkey not face it? We have a gap between the rich and the poor. Do not the other regional countries have it? All are the same.

If I’m not mistaken, the volume of liquidity in Iran stood at 200 billion tomans at the time of the (1979) Revolution. It now stands at above 2,200 trillion tomans. It’s incredible how high it is. It has risen by around 10,000 times within 40 years. This would create inflation. Inflation is the root cause of all problems.

On the other hand, we were plagued by organized corruption in Iran over the past 15 years. I believe that all of our problems have internal roots. Trump, or friendship with or hostility towards the United States would not determine Iran’s issues and problems.

Hard work in countries like Malaysia, South Korea, China and Japan has nothing to do with friendship with or hostility against the US. What does it have to do with the United States if the input of resources in Iran is 100 and the output is 40. We must combat domestic corruption, and the genuine combat is as follows:

Do you believe that Mr. Trump has determined such four-dimension situation? Please specify the role of the United States in such state of corruption. You can mention a hundred other basic issues of Iran, and I’ll prove that the sanctions have had not the merest impact on those matters.

We have overcome and bypassed most of the harmful effects of the sanctions, and are doing our job. The issue of sanctions is not a long-term issue. The Supreme Leader himself has announced (that sanctions would last for) two or three years. I suppose that we may get somewhere within the next six or seven months, because Americans have also many restrictions in this approach.

However, we just wrangled with each other inside the country during the two or three years when we were not slapped with sanctions. Are sanctions to blame? Everybody could have been given the opportunity to work and have imported technologies. Iran will grow beyond the size of a regional power if it gets out of this crisis. Iran’s current problem is the crisis of incompetence. It will be fixed if someone makes that competent.

An era will come that Iran’s economic growth would become a two-digit number. This, however, would not happen overnight. A scientific process is underway.

In historical terms, a (Napoleon) Bonaparte will emerge in Iran and will carry out the process of transition to a pragmatic government whose pillars are based on Iranian nationalism, but would be Muslim. This would happen in the form of a transformation, not a revolution. I considered the very same developments in the past recent decade as a step in this path.

But what is the objective meaning of such deficient scheme passed by Mr. Rouhani? I invite my principlist friends to exercise such reasoning. We would get 30,000 billion tomans from the top social classes of Iran every year and inject it into the poorest classes of the society. This would increase the Gini Coefficient in Iran overnight. So why shouldn’t we do that?

I do not see gasoline as the primary and final purpose behind the protests by any means. When the reforms that should have been implemented step by step are not carried out, they turn into a painful surgery. Every reform is painful. The more it is delayed, the worse it would become.

Everywhere in the world, either in the poor or rich countries, where there is no oil, the government revenues for running the society are based upon the taxation of alcoholic beverages, tobacco and fuel. All governments in the world levy very high taxes on these three items to generate revenue. We are not allowed to have alcoholic beverages for religious reasons.

Although it is said that alcohol consumption in our country is not lower than the other countries, the government in Iran has deprived itself of such taxation, and this has increased the per-capita consumption (of alcohol) in Iran. That’s because premium, pure and original alcohol reaches the consumers in Iran at a lower cost than Europe. Because they levy tax (on liquor) there (in Europe), but not in here.

Moreover, we are technically unable to levy a tax on tobacco. In addition, we cannot increase the fuel price for social reasons.

The price of gasoline in our country should not be lower than such a limit that smuggling gasoline out of the country would be economically feasible. In that case, those income resources must be spent on the people, which is exactly the example of social justice. I wonder why the opponents oppose this plan.

Q: Why doesn’t the income of people rise with a hike in the fuel prices? Because a series of charts have made a comparison between Iran and the other countries.

Laylaz: Such comparisons are so weird. According to the scheme introduced by Mr. Rouhani, a four-member family, for instance, would receive at least 200,000 tomans in cash handout. Well, such sum of money is equivalent to the difference in the cost of 100 liters of gasoline with new prices. Another 60 liters is also received under the rationing system, making a total of 160 liters per month. Accordingly, the families would by no means be affected by the rise in the gasoline price. The administration has given every family the freedom of choice with such scheme.

The true winners in this scheme would be the seven lowest deciles of the society. Because it is totally clear that we get 30,000 billion tomans from the main consumers of gasoline in the country and give it to the poorest social classes.

Q: Don’t you think that the administration would enlarge liquidity with this plan?

Laylaz: The rise of liquidity has nothing to do with this issue. Under such scheme, the administration gets money from one person and gives it to another individual. Since the scheme has not created any new liquidity in the society, it would not lead to inflation either.