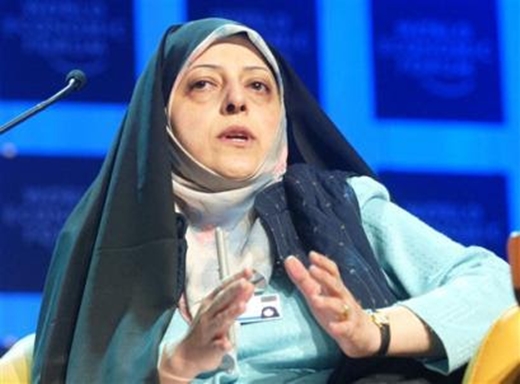 The environment chief says Iran expects a fair and balanced agreement which could guarantee its nuclear rights.

Vice-President and Head of the Department of Environment (DoE) Masoumeh Ebtekar has underlined that Iran and the six world powers can produce a fair and balanced agreement.

“We expect a fair and balanced agreement which could guarantee our entire righteous nuclear rights,” Ebtekar said in a meeting with Norwegian prime minister in Oslo on Tuesday.

In relevant remarks earlier on Tuesday, Deputy Foreign Minister Majid Takht Ravanchi expressed hope that the nuclear talks between Tehran and P5+1 would lead to a final comprehensive agreement by the July deadline.

“Iran will seriously continue negotiations with P5+1 and the Iranian team is hopeful about achieving results by July 1,” Takht Ravanchi, also Iran’s senior negotiator in the talks with the world powers, said in a meeting with the Spanish foreign ministry’s political and security director, Enrica Mura, in Tehran on Tuesday.

Reading out a joint statement at a press conference with EU foreign policy chief Federica Mogherini in Lausanne on April 2, Iranian Foreign Minister Mohammad Javad Zarif said according to the agreement, all the US, EU and UN Security Council sanctions against Iran would be lifted under the final deal.