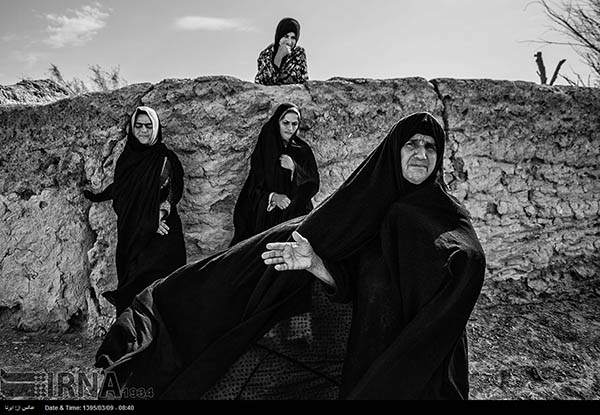 The following photos taken in Sistan and Baluchestan Province show four female villagers whose husbands have left their families and the drought-hit village in order to earn money in other cities.

The drought in Eastern Iran has had very negative impacts in recent years, so much so that it has destroyed a considerable part of the food-producing farms and gardens in the states of Khorasan and Sistan and Baluchestan.

Although animal husbandry is no longer a thriving occupation there, many villagers, choosing to remain in their birthplace, are still struggling with the drought.