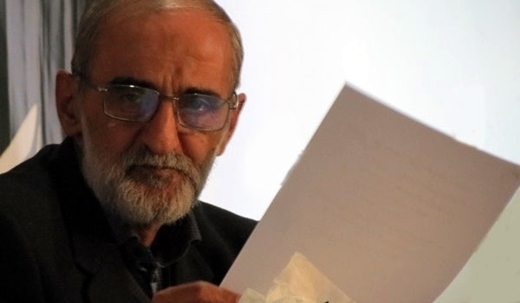 A principlist daily cautions Iranian negotiating team to watch out for the deceptiveness of the other party to the talks.

On July 2, the editorial of Kayhan penned by the principlist daily’s managing editor Hossein Shariatmadari cautioned the Iranian nuclear negotiating team from falling into a trap of “deception”. In the piece which was originally headlined “A Dangerous Mistake”, the editor also urged the negotiators not to agree to a bad deal in hopes of securing a green-light from the senior officials of the establishment. That would amount to walking into the trap of the American “blame- game”, it said. The following is the translation of an excerpt of the editorial:

Kayhan has learned that parties to the talks, that is to say Iran and P5+1, are to take the draft of an agreement to their respective capitals on July 4 to see how senior officials of their countries react to its wording and content. The Iranian negotiating team too is expected back in Tehran on Saturday.

Given the other side’s deceptive past, I predict after the arrival in Tehran of the Iranian team, President Obama or another senior US official will in a statement or an interview signal America’s approval of the deal, and suggest that the US is waiting for senior Iranian officials to comment.

If that prediction comes true, one can clearly see what disaster lies around the corner. A deal in which the red lines of the Islamic Republic are not respected would become a draft deal agreed to by the Iranian negotiators. Iran would be on the horns of a dilemma, and both options would be equally fragile and imposing. If we approve of the deal, we will acquiesce to a bad deal that does not respect our red lines, one of which is maintaining a nuclear industry. And if we don’t accept it, the world and probably a section of the Iranian population will be told that Tehran is to blame for the failure of the talks to produce a deal.
I hope the news story I have heard is anything but accurate and my predictions do not come true. Unfortunately, though, the same prediction has been swirling in Vienna and some European and American diplomats have implicitly talked about it. If that is what is going to happen, the negotiating team is expected to foil this cunning plot. The call on the honorable Iranian negotiating team [to thwart the plot] does not amount to asking too much. Given the bravery, faithfulness, zeal and piety of the Iranian negotiators, it is imperative. […]