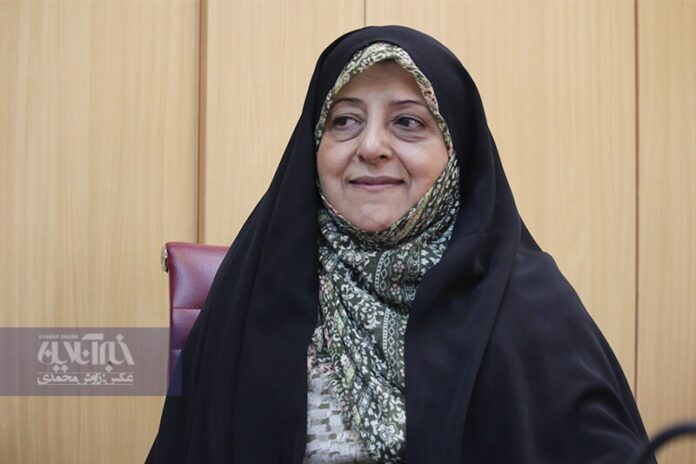 A senior Iranian official says the extent of domestic violence against women in Iran is less severe than that of other countries.

Vice President for Women and Family Affairs Masoumeh Embtekar has, in an interview with Khabar Online, weighed in on how serious domestic violence against women in the country is amid the coronavirus outbreak and ensuing restrictions which have forced many to stay at home. Highlights of the interview follow.

Ms. Ebtekar, there was much word about a rise in domestic violence after the coronavirus outbreak, violence against women and children. In your opinion, what measures should be adopted to reduce or control that violence during this period?

The first point which I think is very important is that we do have domestic and family violence in Iran; but figures and indices show that our situation is not very bad comparted to global statistics; our situation is even better that the global average in terms of the prevalence of domestic violence. Of course, to what extent domestic violence is reported is another issue which needs to be discussed.

The second point is that the Social Emergency Organization and the Center for Intervention in Families’ Social Crises was establish have been established nationwide over the past twenty years, which was a good development. At the moment, all towns with a population of over 50,000 have a centre for social emergency and intervention in crises. There is also a phone line through which people can receive counselling.

How does the Office of Vice President for Women [and Family Affairs] work with, and support this emergency centre?

Since the beginning of the tenure of the 12th administration, we have backed the policy of supporting social emergency adopted by the Office of Vice President for Women [and Family Affairs] because it has worked well and has been an effective method of intervention in family problems. So, we took into consideration the issue of domestic violence as well as ways of interfering in it.

We conducted surveys and received reports whereby we found out that the public had not been informed well enough about the social emergency services. So, we tried to introduce these cerntres to people better.

After the coronavirus outbreak, we received reports from other countries suggesting a percentage of people were suffering from such problems and violence, which, of course, is natural. The reason is that people have restrictions and can’t leave home, so they spend a lot of time together. Moreover, economic pressure may have increased on families. In addition, the COVID-19 pandemic triggered a lot of mental pressure, especially in the first two or three weeks. Meanwhile, some individuals lost their jobs, especially those who were bread-winners, which contributed to domestic violence.

Ms. Ebtekar, did you adopt any measure to prepare reports on the extent to which domestic violence against women had risen after the coronavirus outbreak?

In addition to the reports coming in from abroad, we received some reports from inside the country as well about this issue. Under those circumstances, our only concern was to take care of families more.

So, we held some meetings to discuss the issue, and finally we had a meeting with the Rehabilitation Organization and the Social Emergency Centre, which was very promising. Finally, it was decided to send text messages to people to introduce social emergency services in a bid to further strengthen the foundation of family and consolidate relations among family members. Fortunately, people saw that SMS, and it seems the move was welcome.

These text messages have three uses. Firs, if somebody is subject to harm, be it a child, an elderly or a spouse, they can get help through this. Second, a person may know of a domestic violence case; for instance, he or she may know that somebody in the neighbourhood is subjected to unusual harm, and that this is repeated over and over again. He or she can report the case. The third point is this: a person who violates people’s human, individual and religious rights and who shows violence and, for example, harasses a child or spouse, when that person sees that everybody is receiving the text message so easily and that they can seek help through it so easily, and that police may go to that person’s home accordingly, that person will rethink his actions. This deterrent aspect is very important to us.

You said that domestic violence in our country is less than the global average. Do you think that’s the case after the coronavirus outbreak, too? I mean do you believe there has been no rise and figures are the same as before?

At the moment, we do not have precise statistics to which we can scientifically refer and about which we can speak with certainty. However, it is important to us that the need has been felt to take care of this, and that measure shave been adopted to inform the public.

Will just one phone number suffice to report cases of domestic violence? As you know, social emergency agents have no right to enter houses.

They can immediately get warrants to get into homes. What they do is to verify reports to see what problem the person has. First, they try to solve the problem with counselling and giving guidance. Then, if they realize that the case is an emergency one and somebody’s life may be at risk or the condition may be such that it is not tolerable for the person, then they act accordingly such as calling in the prosecutor or police or talking to the person who has been harmed.

A bill has been proposed on supporting children and the youth. The bill mentions the issue of social emergency. It even refers to national labour division to counter violence against children, a large number of whom are girls. We asked Parliament to give priority to this issue.

Finally, inside families, we need a series of skills and some information to maintain respect for, and the rights of family members to strengthen human and emotional relations, so that family members of different age groups and generations can live together in peace and harmony.