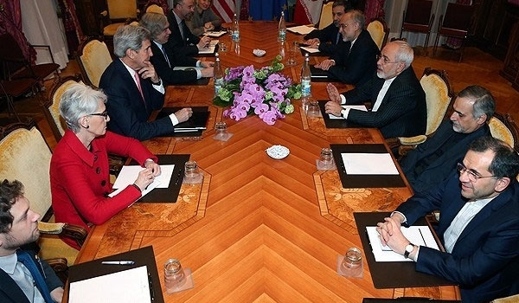 A former Iranian diplomat says that the think tanks, not diplomats, should study the ways by which Iran and the US can restore mutual trust.

A former Iranian diplomat says that creation of a crack in the thick wall of distrust between Iran and the US – not thickening that wall – was one of the preliminary underpinnings of putting the prolonged nuclear talks between Iran and P5+1 in order.

That according to Nosratollah Tajik, a former Iranian ambassador to Jordan, who wrote an opinion piece about the reason why trust has gone missing between the two countries. “I am certain that Iran and the US have not properly assessed each other in almost four decades [of strained ties], but why they have failed to do so is mysterious,” he added.

The following is the translation of his piece Sharq daily published on July 6:

Miscalculations by Iran and the US about each other’s role and capabilities as well as bargaining power – not for offering any concessions but for granting fewer concessions at later stages of the game – all support this assumption. If Iran had attached more importance to the sway the US held in international developments, it should have strategically forged a way to interact with Washington before getting engaged in nuclear talks.

That Iran had to gradually reduce its problems with the United States in different stages so that it could readily secure its regional foothold in the short- and medium-run does not require thumbing through history books [and taking lessons].

It was not long ago that the great American DNA scientist, Ms. Wendy Ruth Sherman, the Under Secretary of State for Political Affairs and a member of the US team in nuclear talks said, “I don’t trust the people who sit across the table from me in these negotiations,” in response to Senators who asked her why she trusted Iran’s President Rouhani. “We know that deception is part of the DNA in Iran,” she added.

This is how the Americans look at Iran and, at the same time, expect Iran to have trust in them! According to this quote [from the US official who leads her country’s team in nuclear talks with Iran], lack of trust in the Iranian side is the default assumption for the Americans in nuclear talks. That’s why they have gradually toughened the conditions to nail down a good deal.

If the US had been in pursuit of an agreement in the real sense of the word, it would have been perhaps possible to – despite a wrench others throw into the works – design a balance strategy to organize the issues between the two countries at a time when the governments in Iran and the US have displayed a relative interest in patching up their differences.

Basically, one way to learn about the future trends of the things is to [walk in the other side’s shoes and] see the issues through its eyes. The way the other side looks at the events may not be necessarily correct; the Iranian negotiating team was expected to occasionally walk in the shoes of one member of the other side so that it could see the talking point from different angles, especially through the eyes of the influential members of the other side.

Unluckily in such an atmosphere, the parties involved in the US-Iran ties seem to have gone through one of the epoch-making periods in foreign policy since two years ago, without having a clear-cut strategy to overcome or at least minimize the existing distrust. This would have plenty of effects on the lifestyle and welfare of people in Iran and the wider region.

If the identity crisis – known as Arab Spring or Islamic Awakening – which has plagued the Middle East and North Africa is added to the question above, the strategic mistake the two countries have made in not establishing [diplomatic] ties will become by far more dangerous.

A hurricane is brewing in the Mediterranean Sea, sweeping across the region toward arid and oil-rich lands, with the US trying hard to ride its wave to be able to better ensure the security of the Zionist regime and guarantee the [safe] transfer of energy from this region [to other parts of the world].

If the two countries were supposed to engage in moving toward détente, identifying each other’s power and establishing positive interaction for the sake of regional de-escalation, they had better let studies and research centers and elite in the two countries pursue crucial efforts to restore trust between the two nations in the first place, so that the daunting task of DNA analysis, which is technical, is not left to the diplomats!

Such a stage has not been set for university lecturers, elites and research institutions, and the government has ignored the role they can play and the impact they can have.