Director of The Godfather praises Muhammad, the Messenger of God 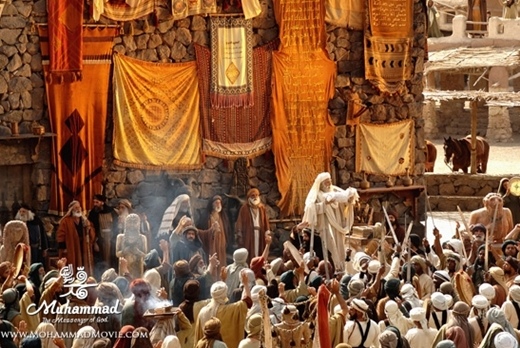 Muhammad, the Messenger of God has been given a warm welcome at home and abroad, with the creator of The Godfather hailing the movie on the life of the Muslim prophet.

The private screening of Muhammad, the Messenger of God, a film by Iranian director Majid Majidi, at the American Film Institute has drawn a warm welcome from a group of 135 big names in the cinema industry in Los Angeles.

Fars News Agency on September 2 released this report quoting the website of the Iranian movie on the life of the Prophet Muhammad (Peace Be Upon Him) and said that Vittorio Storaro, an Italian who was in charge of Muhammad‘s cinematography, screened the Iranian movie for his American counterparts who widely welcomed it. The following is the translation of the report:

Muhammad, the Messenger of God premiered at the opening ceremony of the Montreal World Film Festival (MWFF) in late August and then it was screened in the movie theaters across Iran and other countries – where it was given an enthusiastic welcome. The latest screening of the movie was in the US where the American movie-goers stood in long lines to watch the Iranian movie.

A group of 135 well-known figures in the film industry were present for the private screening of Muhammad, the Messenger of God at the American Film Institute in Los Angeles.

According to Storaro, a big number of people could not watch the film. Francis Ford Coppola – an American filmmaker who has directed The Godfather – was among the audience of the private screening and highly praised the movie.

Those who watched Muhammad expressed their interest in the film, with many saying that Muhammad has a big capacity to establish interfaith peace [in the world].

On Tuesday the Montreal World Film Festival dedicated two extra screening times for Muhammad, the Messenger of God. Nonetheless, many fans failed to watch the movie and asked those in charge to allocate extra show time.