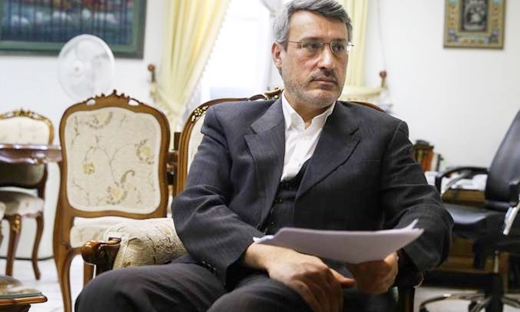 An Iranian diplomat present in nuclear talks says the US repeatedly tested Iran’s stances in nuclear talks, hoping that Tehran would budge at the eleventh hour, but they realized that we remained steadfast in our stances.

The following is the translation (PART TWO) of an excerpt of the comments made by this Iranian diplomat – who spent the two months leading to the July 14 deal away from Iran – in an interview with the Iranian Students’ News Agency (ISNA). The original story was headlined “It was only Rouhani who could lead the talks this way.”

– The ten-year period was important to us. We wanted to know from the very beginning when Iran’s nuclear case will be taken off the agenda of the UN Security Council. We are happy to see that the period is close to what we wanted; it was not an easy job, though. They [P5+1] insisted on a 20-year period, putting forward a 20+10-year-period proposal: 20 years for the agreement and 10 years for transparency measures. In all, that would have added up to 30 years.

We wanted a single-digit figure [for this period]. Logically, we thought we needed such a period to get prepared for going through the industrial phase. We saw nothing wrong in the inspections [regime] and the timeframe for taking transparency measures, because in the Additional Protocol too inspections have no time limits. As long as you are a member of the Safeguards and the Protocol, you have to accept inspections. What mattered for us was a limited time for enrichment restrictions.

– The fact is that the nuclear industry has undergone enormous change over the past 10 to 15 years with many nuclear states changing their policies. Russia has turned into a powerhouse in production of reactors, making many nuclear reactors, including for European countries. Conversely, a number of European countries, France included, are dumping the production of reactors and investing in other areas instead. Some European countries such as Germany, Switzerland and Austria have adopted policies to get rid of nuclear energy.

Cooperation on the nuclear front is tough because of restrictions [in ties] between Iran and the US. Iran-US nuclear cooperation seems likely within the framework of Iran-P5+1 relations, because of [severed] diplomatic ties between the two countries.

– Iran has proposed that it discuss the settlement of the so-called PMD [possible military dimensions] with the IAEA outside the Joint Comprehensive Plan of Action (JCPOA) but in close consultation with P5+1 members, because it is an issue between Iran and the UN nuclear agency.

There is a reference to November 2011 [IAEA] report in JCPOA, something which has been raised in the agency’s reports over the past few years. Iran has never accepted the IAEA’s claims [in this regard], but the agency is now ready to put an end to this question and have an eye to the future.

To settle this question, we follow the model set in Resolution 2231. Iran and the IAEA have agreed to continue cooperation; the agency’s director general reports the result of cooperation to the Board of Governors which will issue a resolution to close the chapter on the issue by the end of 2015.

What Iran has agreed to as far as the question of Parchin goes has been under the direct supervision of the Supreme National Security Council whose decisions will be ultimately communicated to relevant institutions. As high-ranking Iranian officials have put it, Iran will not agree to inspection of its military sites; the arrangements made to solve the past and present [outstanding] issues do not constitute a go-ahead for inspections in Parchin.

– Based on the available information, chances are not high for rejection of the deal in the US Congress at this stage, because Congress needs a two-thirds majority of the votes if it seeks to override Obama’s veto. This seems unlikely thanks to the current political makeup on Capitol Hill. If this [an override of the president’s veto] happened, we need to wait and see how other members of the UN Security Council and P5+1 would react. The US administration has shown that it believes in and supports the Iran deal. If it fails to form the consensus it needs at home, we should wait and see what approach it will adopt [down the road].

The Europeans always said they would not follow the decisions of the US Congress if it tried to undermine such a consensus. How the Europeans will react to the US failure to build a consensus remains to be seen. Iran’s stance will be tied to such parameters and we cannot talk about it now. What matters is the fact that all political and legal tools are available for Iran to show the proper reaction.

– The Americans used to say that Iran should not expect them to lift the sanctions on airplane purchases, which is a non-nuclear sanction. European companies too were not allowed to sell planes to Iran because the plane engines were made in the US. The Iranian negotiating team took this issue [plane purchase] into account from the beginning of the talks and dedicated a space to it in the Geneva agreement. During the talks, Mr. Kerry promised to raise this issue with his respective government and solve it. The question was solved due to Iran’s serious efforts.

– The US team was the strictest member of P5+1 [in nuclear talks]. The Americans had become familiar with Iran’s stances following different rounds of lengthy talks and had learned about Iran’s red lines.

They repeatedly tested Iran’s stance. As a result, the talks were extended several times and dragged out, with the Americans hoping that Iran would budge at the eleventh hour. But they realized that we remained steadfast in our stances and this helped them develop a more tangible understanding of Iran’s stances. All things considered, I should say that professional negotiators were on nuclear teams from different [P5+1] countries who were trying to push the agenda of their respective countries.

France pursued its national principles and stances as far as certain questions were concerned. In some cases, they would strongly defend their positions and this caused delays [in the conclusion of a deal], but it is far from real if we assume that France derailed the Geneva agreement, for example. France was acting within the framework of P5+1 and the European Union. By and large, a collective mindset prevailed in P5+1.

– It was around 23:00 p.m. on Monday (July 13) that almost all main parts of the deal had been decided upon, but there were still some details which had to be included in the text. There were discussions between the two sides on the very details and this placed added strain [on the parties to the talks]. An arms embargo was the question which had been finally decided on [with the negotiators] agreeing to turn the embargo into five-year restriction. It was also decided that the Security Council give the green light for [Iran’s] arms purchases if needed. With this formula and a few basic questions at hand, everything was almost done for reaching an agreement.

Other issues together with piecing together a joint statement of Iran and P5+1 were left to be dealt with the following day, and finally at 10:00 a.m. [local time] on Tuesday (July 14) the participating teams headed for the European headquarters of the UN in Vienna for the announcement of the result of nuclear talks [the Iran nuclear deal].