Despite sanctions Iran is experiencing better conditions than wartime years 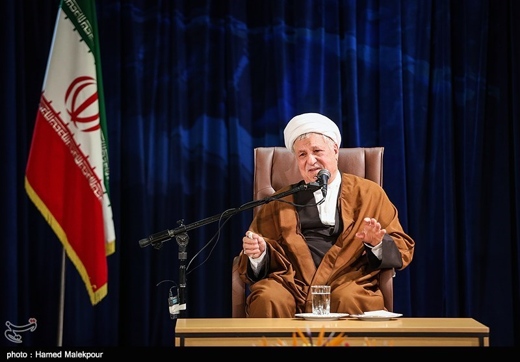 Ayatollah Hashemi Rafsanjani says that public participation is a great boon for Iran to forge ahead with its efforts to promote sustainable development.

Chairman of the Expediency Council Ayatollah Akbar Hashemi Rafsanjani told a National Conference on Sustainable and Balanced Regional Development – attended by provincial governors and senior state managers – Tuesday that Iran can overcome the existing problems and make more progress even under the burden of sanctions.

The following is a partial translation of his remarks as reported by Mehr News Agency on March 3 with “Construction is possible even under sanctions” as its headline:

After the war, Iran experienced long hours of power outages on a daily basis. Industries would operate on a rotating basis. The country’s budget deficit stood at 51 percent in 1988. Iran’s foreign exchange reserves fund held a little more than $1 billion. The country had to make $12 billion in debt payments for the basic items it had purchased years before. Refineries were sitting idle. The oil industry was in ruins and Iran was hit by sanctions.

Sanctions then were not as tough as today. Since the revolution, Iran has always been under sanctions. It’s true that sanctions bite, but despite that the government can push ahead with its reconstruction drive.

The Iranian nation was united when the post-war Government of Construction was in office, although partial disagreements existed. Unfortunately, the post-war esprit de corps has been recently dealt a blow and in the most important foreign mission of the government which is led by a team backed by the Supreme Leader, the Worriers [supporters of Ahmadinejad] are joining Netanyahu in causing disruption.

Obama is under threat by Netanyahu, and here the Worries are threatening to reveal [what they tout are] secrets. They say whatever they want on parliament floor and some believe these lies. The Worriers are supported by certain forces which are originally in charge of protecting the establishment.

This is not what we faced in the post-war era. There was criticism back then, but not obstructionist measures. Today we are under international pressures, and state managers have a difficult responsibility to handle the affairs.

To make sustainable and balanced development a reality, you [governors general] need to build on people’s capacity and identify the provinces’ potential and resources in order to help the country grow. You can even tap into what is at your disposal in less-developed areas.

Governors-general should be given more powers to be able to make use of resources in their provinces. People are entitled to sustainable development and there should be no gap between the lifestyles of people from different strata.

To tackle water shortages in the country, we should opt for hothouse agriculture, which earns the country more revenues, consumes less water and creates more jobs.

Governors-general should identify experimental scientific plans in the country, implement and commercialize them, something which could produce more money and jobs in the country.

Governors-general should have interaction with each other and help boost development, and this results in a society in which people do not feel discriminated against.

The establishment has to remove the administrative problems, among them the red tape and corruption. Guidelines on Article 44 of the Constitution were part of a policy the Supreme Leader had ordered to be implemented – because a state-owned economy would weaken the country and make government still bigger – expecting it to result in an economic revolution, but it did not come true.

The Supreme Leader supports Article 44. State organizations should help it become a reality. To that end, we have to remove the obstacles standing in the way. Thanks to people’s strong will and close cooperation, the existing problems can become a thing of the past, and sustainable and balanced regional development can come true.