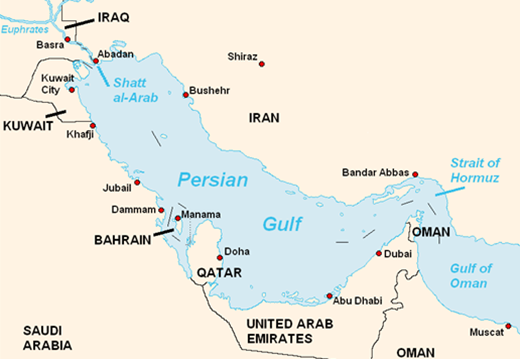 A senior Iranian Foreign Ministry official has said that Tehran stands by the Syrian people and government and that people in the Arab country should decide their future in a democratic process.

The deputy foreign minister for Arab and African affairs says that Iran and Saudi Arabia have to hold dialogue since they are two Muslim neighbors which can contribute to efforts to defuse the crises plaguing the region.

Hossein Amir-Abdollahian further said that regional talks – known as G7 talks – will be held between Iran and six Persian Gulf littoral states, adding the talks, an initiative by the Qatari emir, were first proposed by Omani Foreign Minister Yusuf bin Alawi, but the idea of holding talks failed to gain traction thanks to regional conditions.

The Iranian Students’ News Agency on August 14 released his remarks on the second round of Foreign Minister Mohammad Javad Zarif’s regional tour and his proposal to set up a collective forum for dialogue in the Persian Gulf region. The following is the translation of what else he said:

Foreign Minister Zarif agreed to such talks which came on the back of efforts by the Qatari Foreign Ministry. During his trip to Kuwait and Qatar, he welcomed holding talks at the ministerial level in a venue to be agreed upon later.

The first phase of the talks will be held no later than September 22, and a regional country can be the venue of the talks. Our priority is to hold regional talks inside the region. The talks are of great significance, because they seek to remove misunderstandings, reach mutual understanding to tackle regional crises and restore sustainable security, stability and peace.

Dr. Rouhani has favored this idea since his election, especially by calling on Saudi Arabia to help Riyadh-Tehran ties return to normal.

I had the opportunity to meet with Saudi Foreign Minister Mr. Adel Al-Jubeir on the sidelines of an Organization of Islamic Cooperation (OIC) summit in Jeddah. He made frank comments on regional questions and was given franks responses in return. In the meeting, we stressed the importance of Iranian-Saudi dialogue to help crisis-hit countries in the region take on extremism and terrorism.

I call that meeting a frank, but constructive, meeting. I told the Saudi top diplomat about Iran’s stance on Syria and the need for supporting it against terrorist movements which are trying to topple the Syrian government.

The hasty, ill-considered comments by the Saudi foreign minister on solving the Syrian crisis and [President] Assad’s leaving office are unproductive, unreal and unnecessary.

A professional diplomat who has long record of political and international activities is not expected to make such remarks.

Adel Al-Jubeir’s words on ties between Iran and Saudi Arabia [saying that Saudi Arabia is keen to develop its relations with Iran but Tehran must change its policy that rests on its interference in the internal affairs of (P)GCC states] go too far. The head of the Saudi foreign policy machine which has a long record is not expected to make such comments. These remarks are apprehensive, imbalanced and counterproductive.

At the diplomatic level, the embassies are active in Iran and Saudi Arabia. Iran’s ambassador to Riyadh is actively present in Saudi Arabia and Riyadh pursues and handles its own affairs in Tehran through its charge d’ affaires. At the political level, talks and consultations between the two nations in regional and international circles – and sometimes in bilateral meetings – are ongoing.

Dialogue between Tehran and Riyadh is a must, given the position of the two neighboring countries [in the region]. We expect to see Saudi Arabia make the most of the existing opportunity by adopting a logical approach and tapping into constructive diplomacy.

Iran’s updated plan for the Syrian crisis came up for discussion during Mr. Zarif’s trip to Damascus and its basic principles and mechanism were reviewed.

Mr. Zarif and Bashar Assad held a crucial meeting. We will have more talks with related Syrian officials in this regard. The point is that Tehran will strongly support the Syrian people and government. [Under Iran’s Syria initiative] The Syrians will decide their own future as part of a democratic process.