Denmark Ready to Promote Ties with Iran in Post-Sanctions Era 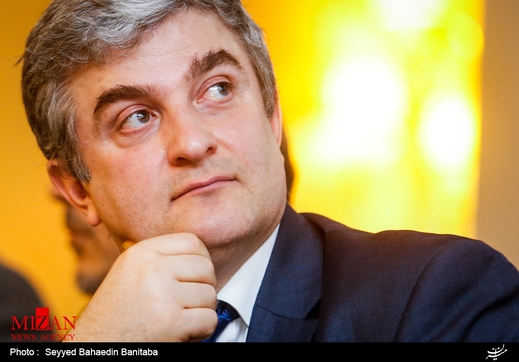 A few days ago in a ceremony held in Tehran, Denmark’s Ambassador to Iran Danny Annan underlined the need for expansion of Tehran-Copenhagen relations in the wake of the recent nuclear agreement between Tehran and world powers (known as JCPOA), which took effect on January 16 and terminated all nuclear-related anti-Iran sanctions.

“In the post-JCPOA era, Tehran and Copenhagen can enhance their mutual interactions in different sectors … and Denmark is ready to promote such cooperation with Iran,” Annan said earlier this week, according to a report by Iranian Students’ News Agency (ISNA).

Former Iranian Ambassador to Denmark Hamid Bayat also noted that when the doors are opened for Iran-Europe enhanced ties, “we will witness the willingness of Danish companies for their presence in Iranian markets.”

Denmark’s Foreign Minister Kristian Jensen made an official visit to Iran in early January at the head of delegation including the representatives of 60 trade companies, Bayat said, adding that the visit marked the beginning of renewed ties between the two countries.

When Iran was under sanctions and financial transactions were impossible, a Danish pharmaceutical company sold drugs to Iran and said it will collect the money once the sanctions are lifted.

Morteza Damanpak Jami, Deputy for Research at the Iranian Foreign Ministry’s Center for International Research and Education, and also a former Iranian ambassador to Copenhagen, highlighted the good cooperation of Danish companies with Iran, even when Tehran was under international sanctions.

“A reputable Danish pharmaceutical company, though it could not receive money from Iran because of sanctions, exported the drugs Iran needed, and said it would collect the money once the sanctions are lifted,” he said.

The Iranian and Danish officials made the remarks on the sidelines of the opening ceremony of a photo exhibition entitled as “Iranian Historical Photos from the View of Danish Photographers”.

The exhibition was held in one of the buildings of Iranian foreign ministry to display historical photographs of Iran taken by Danish photographers.

Pointing to the exhibition, Bayat noted that the photos displayed in the firm are significant in the sense that camera was rare back in those years in Iran and was not accessible for ordinary people.

In those days, Danish engineers not only photographed the construction project of Iran’s south-north railroad in 1933, but also took pictures of people’s lives, the Iranian ex-envoy said.

This is why these pictures are important to us both historically and socially, he went on to say, thanking Denmark and the Danish company that organized the photo exhibition.

Thomas Mayer, an official with the Danish company that organized the exhibition, was also attending the exhibition. He was asked about the reason for which they keep these photos in spite of the high expenses of keeping them, and said that the company implements several projects in different countries and archives and keeps the photos and documents of some important projects.

The Danish envoy to Iran Annan elsewhere in his remarks noted that the photo exhibition is just one of the cultural fields in which Tehran and Copenhagen can promote their bilateral ties.

Besides this photo exhibition, Iranian and Danish archeologists are currently excavating Zagros Mountains in western and central Iran to find that whether the first civilization has been established in this region or not, the Danish ambassador said.

Based on the findings of these excavations, he added, the first traces of baking bread and wheat were found in these regions.