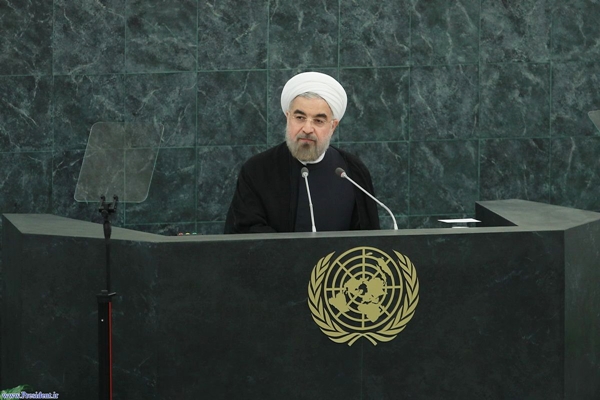 No more measures – than what have been adopted so far – would have been taken in dealing with the Hajj incident even if the president had returned home halfway through his UN trip, Musa Alizadeh Tabatabaei said.

Critics of the Rouhani administration have said that the president’s failure to cut short his New York trip immediately after the Mina tragedy amounts to disrespect for the Iranian people, citing the fact that following incidents much smaller in scale than the Mina stampede the heads of state from other countries have immediately cancelled their trips and returned home to show sympathy with their people.

Even worse, Mr. Zarif did not call off his trip to come back home, the opponents of the eleventh government say. The managing editor of one newspaper has said in an interview that US President Barack Obama cancelled his annual summer holiday after news got out that a number of students have been killed in a shooting spree.

What you read above is part of an opinion piece by Musa Alizadeh Tabatabaei, a senior expert in international relations Fararu.com published on September 29 on the government’s shrewd diplomacy in dealing with the Mina incident. The following is the translation of the rest of the piece:

There are some considerations as far as the remarks of the critics go. There are different analyses and scenarios about the tragedy in Mina. One suggests that in the buildup to the first trip [since the conclusion of the nuclear deal] by the Iranian president to the United Nations – a big diplomatic meeting point of world leaders where heads of state were trying to have a meeting with Iran’s president – the Al Saud and Zionist regimes, enraged by a nuclear agreement between Iran and six world powers, got extremely concerned, seeking to overshadow President Rouhani’s trip and its achievements.

This scenario does not seem to have a leg to stand on, but it is quite clear that cancellation of the president’s trip would simply serve the interests of the opponents of the Islamic Republic of Iran, especially the banned MKO grouping and the Zionists who do not want the voice of the Iranian nation be heard all over the world.

One of the critics has cited cancellation of Obama’s holiday at home following the shooting incident in a US state; this sounds to be a move to divert the attention of the public opinion.

First, it is surprising that a local critic of President Rouhani views the US president as a role model for the president of the Islamic Republic of Iran.

Second, the examples the critics have presented draw an irrelevant analogy, because the incidents the critics have mentioned have all happened inside the country. When an incident happens somewhere inside the country, it’s natural for the president to cancel his trip and routine schedule to manage the crisis and regulate [coordination] work among different ministries and provinces/states.

Third, the US president cancelled his annual leave, and not his overseas trip.

Fourth, cancellation of an overseas trip when it focuses on bilateral relations is more frequent than a trip to an international organization where multilateral relations are discussed, especially to the United Nations whose General Assembly is held once in a year.

Fifth, if the esteemed president had cancelled his New York trip and returned home, the critics would have stirred yet another controversy blaming him for failure to tap into the opportunity that had arisen at the UN General Assembly which serves as an international bully pulpit to reveal the depth of the Mina tragedy.

The Mina tragedy is different from a shooting incident in the US, because the former occurred outside Iran and its management inside the country was impossible. Despite the fact that the Mina incident took place outside Iran, the president tasked his Cabinet and first vice-president with pursuing the case. No more measures – than what have been adopted so far – would have been taken in dealing with the Hajj incident even if the president had returned home [halfway through his UN trip].

Given [not-so-friendly] ties between Iran and Saudi Arabia and the obstacles the latter throws in the way of Iran’s diplomatic measures to attend to those Iranian pilgrims injured in Mina, even if the president had not had any plan for a UN trip to take part in the General Assembly, he would have been expected to seize such an opportunity, travel to New York to place more diplomatic pressure on Saudi Arabia.

His government did just that. The president and his foreign minister built on their interviews, meetings and speeches [the president’s at the UN General Assembly] to highlight the Saudi government’s mismanagement of Hajj rituals and remind world nations of the incompetence of the Saudis as far as the handling of Hajj [the biggest Muslim congregation] is concerned.

Chief among what the government did was the president’s address at the UN General Assembly which opened with his criticism of Saudi Arabia over the Mina incident. Would Iran have achieved such a breakthrough if the president had cut short his trip?

The president drew on smart planning to foil the plots of the enemies of Iran and Iranians: Preventing the Iranian president from addressing the General Assembly; second, he cut his New York trip and returned home immediately after his UN speech to attend a ceremony to welcome the return home of the bodies of the pilgrims killed in Mina incident and express sympathy with the [bereaved] families of the victims.

It is surprising that the critics lay the blame for the Mina tragedy at the president’s door instead of lashing out at the Al Saud for their incompetence in the management of Hajj. What the critics have done will play into the hands of Saudi rulers.