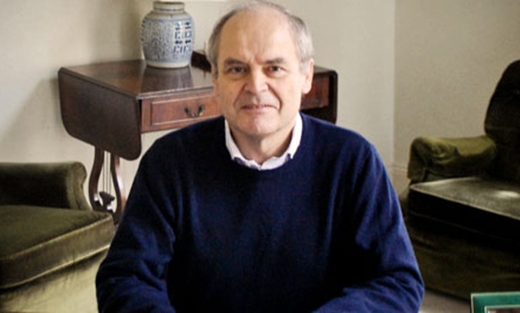 The Americans are under some pressure to have an agreement by Tuesday because they want to be able to present the agreement to Congress before the 9th July, said Jenkins.

Peter Jenkins, former British Ambassador to IAEA suggests that all signs indicate that a deal is inevitable and that achieving an agreement is in Britain’s interest.

The retired British diplomat expressed his willingness for the success of the nuclear negotiations between Iran and P5+1 and suggested that a deal is round the corner.

Following is the full text of an interview with Mr. Jenkins delivered by IRNA:

Do you think that the negotiations will be successful in the extra time?

I think it’s quite likely that there will be a success; if I had to bet on it I would certainly bet on it being a success if not by Tuesday, then by Wednesday or Thursday.

The Americans are under some pressure to have an agreement by Tuesday because they want to be able to present the agreement to Congress before the 9th July.

All the signs that are over the last week there show that there has been significant progress in relation to one of the remaining obstacles to an agreement; which was how to handle the so-called possible military dimension and the need of the IAEA for better cooperation from Iran to resolve that issue.

Also Mr. Amano was in Tehran in the course of the week and what he has said sounds encouraging.

What persuades the West to have a deal with Iran?

For many years there has been a fear that Iran wanted to acquire nuclear weapon.

Rightly or wrongly that fear becomes entrenched in the minds of the Western politicians and officials well over a decade ago and for some times the West believed that the solution to their concern was to persuade Iran to completely abandon the enrichment of Uranium, in other words to dismantle whatever facilities had for enriching Uranium.

It took them a long time that eventually they came to understand that Iran was not prepared to do that and that the only way that could be achieved would be by actually invading Iran and physically dismantling the facilities.

That was a deeply unattractive way forward; so they finally came to understand that the best thing was to negotiate an agreement which would enable them to acquire greater confidence in the assurances that had been coming ever since 2003 from people like Dr. Rouhani now President Rouhani, the assurances that Iran did not want nuclear weapons.

So at first the West was very skeptical when they were told that Iran did not want nuclear weapons, they come around to thinking that maybe that is the case but let’s give ourselves a period to acquire some degree of certainty that it’s the case.

What impact would the deal have on other issues apart from the nuclear matter? Would this help reopening of the British embassy in Iran? Does the West look at the deal as a means of influencing the region?

As far as the British-Iranian relationship is concerned, my understanding is that there has been quite a lot of progress over the last year towards the reopening of embassies and what has been holding it up [are] fairly technical issues; so I do not think that concluding a deal would make a great deal of difference to that.

But it does pave the way for more cooperation between Iran and the West especially the US over Iraq in particular, possibly in bringing an end to the civil war in Syria.

It would therefore be very positive and helpful.

If the negotiation fails for any reason (e.g. Sabotage of its enemies), what would be the impact?

I think it is very unlikely that the negotiations will fail in a sense that there would be a complete collapse and the two parties will walk away in opposite directions and say we never want to talk to one another again; I think that’s almost inconceivable.

They might fail to meet the latest deadline but if they do, then I think they will give themselves still more time and set yet another deadline.

All the signs are that they made so much progress and have eliminated so many of the obstacles that had divided them and that they don’t have a long journey and long way to go in order to get an agreement.

Having said all of that of course there are in the US people who would love the talks to fail and what they would then press for is an increase in the sanctions.

However, my own belief is that they would have some difficulty in persuading the rest of the world to go along with that; I am not sure if even the Europeans would be ready to support the Americans in adding to the burden of sanctions on Iran.

What if the US Congress blocks the deal?

Congress cannot be ignored by the US administration; however I don’t think there would be a total collapse and a throwing away of all that has been achieved.

I think almost certainly that the administration would want to find some other way of cementing in place of whatever has been agreed with Iran and would also want to consult the Iranians how to proceed at that point.

On the other hand, the ambassadors of Britain, France and Germany have been quite active this year in making known to Congress that Europe is now strongly committed to achieving the kind of nuclear deal that looks likely to emerge this week.

There is absolutely no doubt that they will be very disappointed if Congress were to block that deal. However, I think rather than walking away and going off in a different direction, what they would do is work even more closely with the administration to try and find a solution to the problem that has been created by Congress.

What is Britain’s position in achieving the deal?

The British ambassador has also been an active advocate of the deal that is emerging and the British government is now strongly committed to achieving this kind of deal.