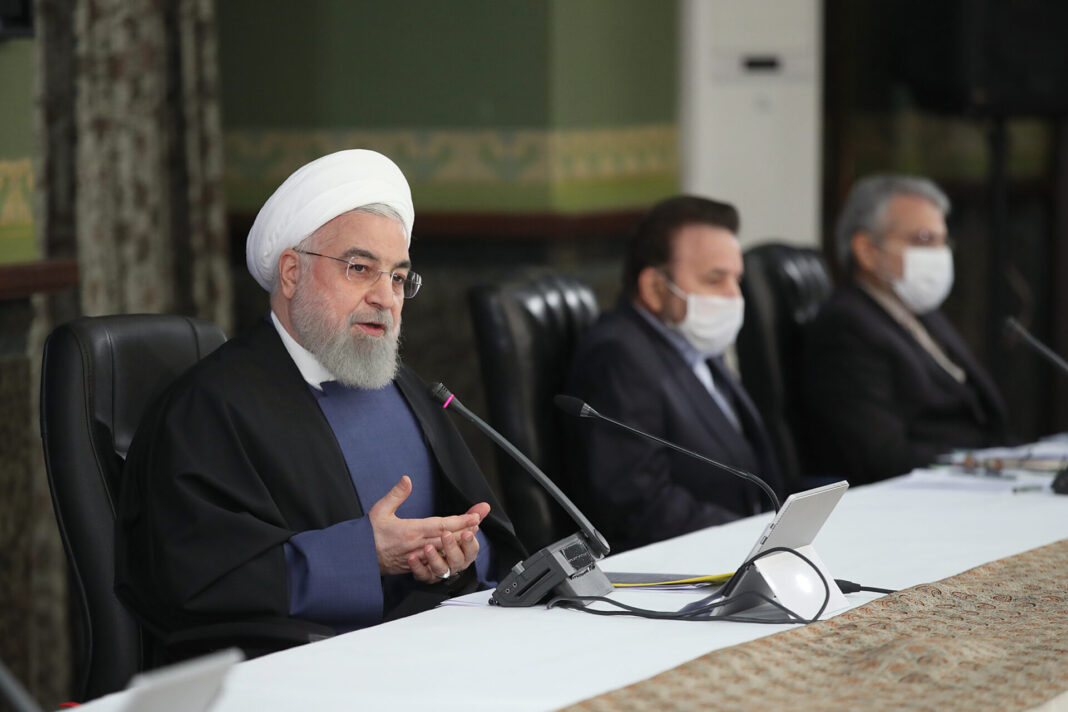 Iran's President Hassan Rouhani says the dark picture of Iran portrayed by enemies is baseless and an outright lie.

Speaking in a cabinet session on Wednesday, President Rouhani said despite what the enemies are saying, last year the economic growth was positive without oil.

“Last year, our economic growth without oil was positive despite all the pressures, and this year, all calculations, including the central bank’s prediction, show that economic growth and inflation will be better than two years ago despite the enemies’ propaganda,” he added.

He further noted that the government must now fight the COVID-19 and unemployment problems at the same time.

“Today, people’s concern is health and livelihood, and we strive to fight the disease and unemployment at the same time,” Rouhani said.

“If we can implement this comprehensive vision well, God willing, we can lead the country step by step to where it is desirable for people,” he added.

The president said coronavirus is a problem for all countries in the world.

“Almost the whole world has been affected by this wave of disease; both world politics and economics, people’s lifestyle in the world, trade and transactions and everything are under the impact of the new situation,” he said.

The president said his administration is duty-bound to identify the infected people and to separate them from the society and to send them to hospitals and rehabilitation centres so that the illness does not spread to other parts of the society.

He further noted that the country is proud of its medical staff in this historical period, as from the first day until today no patient has gone to a hospital to face a closed door.

“This is one of the honours of our medical sector, and of course the doctors, nurses and all the medical staff have made an extraordinary effort and sacrifice during this period, day and night,” he added.

“In some countries, when some patients went to the hospital and a bed was empty, the nurse and the doctor were not enough, and in some countries, there were enough beds, but the intensive care unit could not accommodate the patient.”

“In our country, everybody supported the underprivileged with insurance, and in some cases nothing was received from them and even foreign nationals who live legally in our country received treatment for free,” he went on to say.