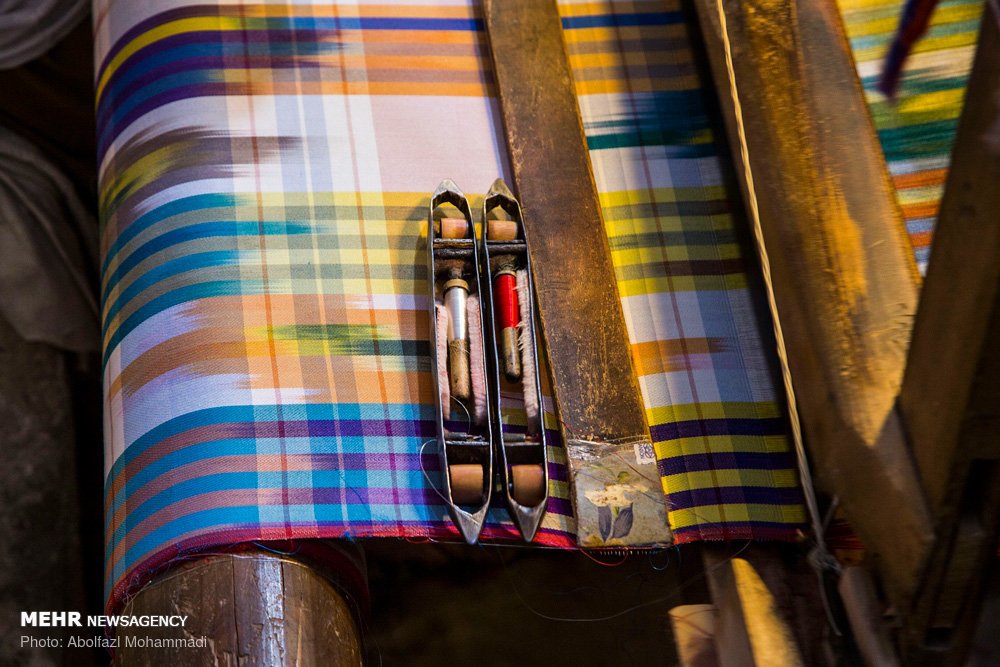 Daraee is a very old Persian handicraft which used to be woven in the central Iranian city of Yazd, but is dying out nowadays.

Daraee is a type of fabric made by weaving the warp and the weft made of cotton and silk. The threads have already been dyed blue, red, yellow and black.

Daraee weaving was very popular in Yazd in the past. The art has now slipped into oblivion and is even hard to find in the heart of this ancient city.

Daraee literally means “wealth” in Persian. The reason why Daraee was called so was because the general public believed only wealthy people could afford it. Daraees were also among the valuable items in the bride’s dowry.

Among the designs used in Daraees are single flowers, four flowers and checkers. In the past, Daraees were woven in big workshops, but now are only woven in two workshops in Yazd province.

What follows are Mehr News Agency’s photos of the handicraft and the art of weaving it: