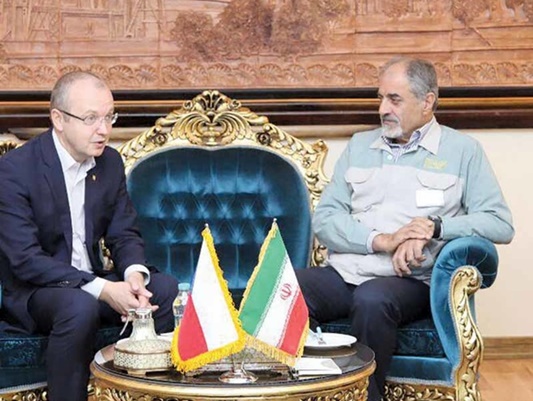 A senior official from the Czech Republic has voiced Prague’s interest in investing in the Iranian steel industry given the significant progress the Islamic Republic has made in this area.

The Czech Republic’s Deputy Minister of Industry, Eduard Muřický, who is on a state visit to Iran, said his visit is mainly aimed at closely watching Iran’s progress in steel industry.

Iran has made significant progress in the industry and this has prompted the Czech Republic to invest in this area and import Iran’s productions, a Farsi report by IRNA quoted him as saying.

In a meeting with the top managers of Iran’s Mobarakeh Steel Company (MSC), the Czech official went on saying his country has prepared the ground for installing some technologies in the production of steel.

The Czech Republic is interested in launching a joint project with Iran, particularly with the Mobarakeh Steel Company, he added.

The meeting was also attended by the Czech Republic’s ambassador to Tehran Svatopluk Čumba.

For his part, the ambassador called Iran a large developing country and will play a key role in the international affairs in future.

Čumba also said he was moved by the perspective set forth by the Mobarakeh Steel Company’s managers and added Iran and Czech Republic can tap into their capacities for further cooperation.

He went on to say that many of the residents of Isfahan have a positive impression of the Czech Republic as well as the cooperation which the country used to have with the MSC.

During the meeting, the participants also explored ways to expand industrial ties between the two sides.

Mobarakeh Steel Company, located in west of Isfahan, is the largest steel maker of MENA (Middle East & Northern Africa) region, and one of the largest industrial complexes operating in Iran.