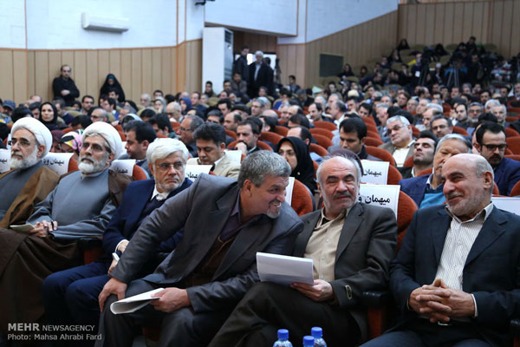 Critics say that a meeting of reformists only debated general issues, not those topics which are directly related to public and national interests.

Reformists got together in Tehran on Thursday (January 15) for a meeting delayed for almost two years and focused on general questions such as the Constitution and the upcoming parliamentary elections.

Mehdi Fazaeli, a political expert, says one drawback to the meeting of reformists was that they failed to pay careful attention to issues of public concern.

Fazaeli was quoted by Fars News Agency (FNA) as saying that the meeting failed to take heed of the country’s key issues which center around national and public interests as well as people’s lives. What comes below is the partial translation of his remarks followed by the comments of a member of the Assembly of Experts:

What the speakers raised in the meeting [of reformists] was repetitive and offered nothing new or serious. Their speeches focused exclusively on political issues such as the Approbatory Supervision, parliament and an end to the house arrest [of Karroubi and Mousavi]. These issues are repeated by the reformists from time to time.

The reformists refused to talk about the country’s key questions which cover people’s livelihood, national interests, culture and international economy. This is a downside of a meeting which intended to bring together different faces and generations of reformists and discuss serious issues.

The fact that reformist big shots were no-shows in the gathering was yet another drawback. Earlier reports had said that Messrs. Hashemi [Rafsanjani], Khatami, Nategh Nouri and Jahangiri as well as Ms. Ebtekar were to attend the meeting, but they all failed to show up.

Their absence can be critically analyzed. It shows that these big names do not take the reformists camp seriously.

Government officials did not attend the meeting of reformists although they had been invited over. Actually they saved face by not showing up in such a meeting.