Court in Hamburg Rules in Favour of Bank Melli Iran 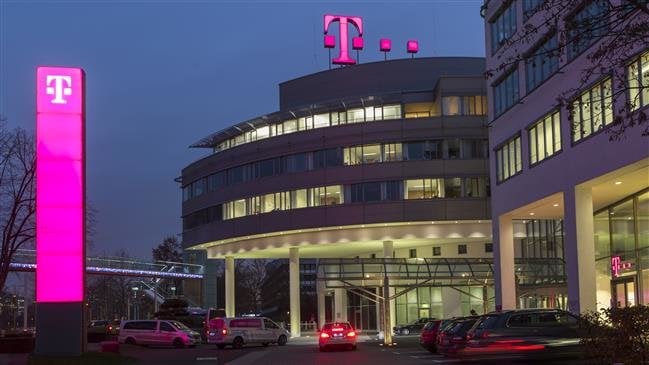 A court in Germany has ordered Deutsche Telekom, a partly state-owned telecom provider, to reactivate phone and internet service for the Hamburg branch of Bank Melli Iran.

The German telecoms company abruptly cut off phone and internet services for Bank Melli Iran and two other Iranian banks earlier this month for what it called doubts about their future solvency in the wake of the US sanctions on Iranian financial institutions.

In a preliminary injunction, the Hamburg district court ordered Deutsche Telekom to reactivate the services for Bank Melli, arguing that the justification was not sufficient for a termination without notice, especially as the bank has so far fulfilled its obligations and has sufficient resources, Der Spiegel reported Friday.

A court spokesman later confirmed the Spiegel report, telling the Deutsche Presse-Agentur (DPA) that the injunction had originally been issued on Tuesday.

Deutsche Telekom’s move to discontinue its services for Bank Melli came after the bank even offered to pay the bills for one year in advance.

Both Der Spiegel and the DPA questioned the company’s account, writing that the move to disconnect the banks was apparently based on concerns that its T-Mobile subsidiary could be penalized in the US for violating Washington’s sanctions against Iran.

Helmut Gottlieb, the director of the Hamburg-based Bank Melli, said it’s interesting that a state-owned company like Telekom is giving in to US President Donald Trump’s pressures, especially when neither the German government nor the European Union has issued its own sanctions against Iran.

In addition to Bank Melli, around three dozen companies with roots in Iran are said to be affected by Telekom’s move, including Bank Sepah in Frankfurt and the European-Iranian Trade Bank in Hamburg. Both of them, however, obtained injunctions against the termination of their telecom connections this week.

In an editorial published last Friday, German business newspaper Handelsblatt criticized the Deutsche Telekom’s move as “cynical.” It also accused the German government and central bank of “doing nothing” to ensure that Bank Melli can make legal payments to German institutions.

“Where is the help for German companies? Where is the defense of Germany’s sovereignty?” the German publication asked.

The Trump administration launched the second wave of sanctions against Iran on November 5, targeting Iran’s oil sales, its wider energy industry, shipping, banking, insurance and so on.

Meanwhile, the European Union is trying to create a mechanism to maintain banking channels with Iran in the face of US sanctions.

Diplomats already announced that the main EU powers – Germany, France and Britain – were trying to push ahead a plan to create a Special Purpose Vehicle (SPV) through which banking transactions with Iran could be carried out.