‘Coronavirus Outbreak Can Act as Deterrent against World War III’ 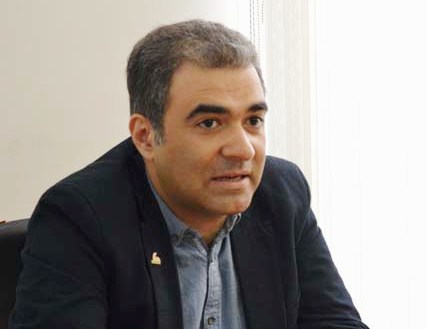 An expert believes the coronavirus pandemic can serve as a vaccine against World War III.

In an article published on the Khabar Online website, Iranian vet Payam Mohebbi argues that the disease could serve as a deterrent against the outbreak of a major conflict worldwide. The full text of the opinion piece follows.

Over the past years, as soon as countries boosted their income and amassed wealth, they became conceited and sought to dominate other nations, which would ultimately result in the outbreak of wars. This was among the major contributors to the eruption of World War I and World War II.

Moreover, pandemics which occurred in the past and took a heavy toll due to a lack of vaccines and antibiotics served as natural factor which controlled the world population. If we ponder over these developments, we will find out that World War I broke out as a result of these very acts of conquest. The war ended with the outbreak of Spanish influenza as the conflict had inflicted considerable financial and human cost on countries, forcing statesmen to go for peace.

What is noteworthy is that wealthy states, in the past, would be interested in building weapons as it was a lucrative business, which, in turn, would encourage countries to wage wars and make world leaders talk to each other with the power of arms. Nevertheless, at the moment when the whole world is gripped by the coronavirus pandemic, all governments and politicians should think of protecting people against an enemy which cannot even be seen with the eye rather than entertaining all those past ideas.
In my estimation, this global pandemic has proved to the whole world that rich and poor people are equally vulnerable to diseases, and that class differences are pointless when a pandemic breaks out. In fact, a wealthy nation is as vulnerable to a pandemic as is an impoverished one, and both can have similar fatality figures.

It should be mentioned that putting countries under quarantine cannot be much effective in fighting contagious diseases because either people will have to contract this disease or a vaccine needs to be developed for it in order for humans to become immune to the virus.
As far as I am concerned, with the coronavirus pandemic in the world, we can look at the issue from a new perspective and interpret the virus outbreak in a different way. It is right that COVID-19 causes deaths and creates numerous problems across the world; however, the disease creates a sense of global desperation and, at the same time, sympathy, making us understand that all of us, Iranian or American, rich or poor, black or white, are equally susceptible to the disease.

On the other hand, the cost that wealthy countries are paying to fight the pandemic is more than that of less well-to-do nations. This can strike a kind of economic balance in the world and push global financial resources toward the production of medical and hygienic supplies rather than development and sale of weapons; hence, economic resources which were once spent on wars could now be uses to ameliorate health conditions.

In my opinion, as Spanish influenza served as a remedy for World War I, the coronavirus, too, can be seen as a vaccine for a third world war and act as a deterrent in this arena.