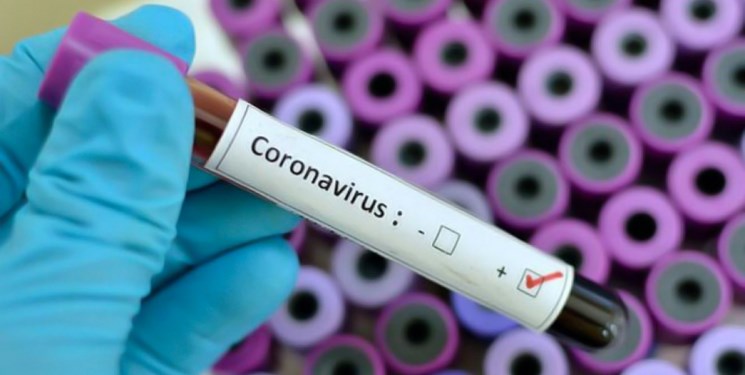 Iran’s Deputy Health Minister Iraj Malekzadeh says he thinks the coronavirus had entered the country before it was announced because there was a flu epidemic in Iran at the same time.

According to the Iranian official, many of the cases were thought to be H1N1, so it was thought to be flu. That was the time when China had not announced the spread of the virus yet.

“Of course, we should have acted more watchfully. I think we were a little late in the announcement because we did not know it is coronavirus,” added Malekzadeh.

Malekzadeh was born in the village of Baladeh in Kazeroon in 1330. But years later, he became one of the best physicians in the country. He is now one of the top one percent of Iranian scientists in the world’s medical arena. He used to serve as the caretaker of the health ministry for a while and held various research and scientific positions. The establishment of the Liver and Gastroenterology Research Centre as well as many other scientific, research and executive work are among his achievements.

Here are excerpts from Dr Iraj Malekzadeh’s televised interview about the Coronavirus outbreak in Iran and the world:

We are nearing the peak of the corona epidemic. It is a global pandemic and a highly contagious infection. Fortunately, more than 85 percent of people who get the disease do not feel it because they have minor symptoms. People get well without knowing it. Many people may have been infected and gotten well. So they are not susceptible to reinfection.

Q: It’s been said if anyone gets infected they can be reinfected.

A: I can say for sure when people get it once they are safe. We get rid of the virus when 55 to 70 percent of people get infected. That’s because we always have gatherings in our country and people gather in different places on different occasions. Therefore, we will have a wide spread of this in Iran. We do hope that the peak will be gradually past. This is a disease that we can overcome. We have a lot of fatalities and it is unavoidable, but our health system in the whole country is under pressure right now. Fortunately, we have physicians and specialists in all parts of the country. We currently have more than 45,000 specialists across the country serving people with over 150,000 hospital beds. We can also take care of the people who need hospitalisation and treatment.

Q: You mentioned that the disease had been around for almost two months. There were reports that respiratory diseases had increased dramatically in Qom in the last two and three months. Has there been any negligence in this regard?

A: Well, the virus had spread in China long before Beijing announced it. Even if they knew they didn’t announce it, because the moment a country announces this, a lot of trouble comes in. So I think the virus had already entered Iran; we had the flu epidemic in the country at the same time. Many of the cases were thought to be H1N1, so it was thought to be flu. This is while China had not announced the spread of the virus yet. Of course, we should have acted more watchfully. I think we were a little late in the announcement because we did not know it is coronavirus. We had extensive communication with China and there was a lot of traveling. When it is announced late in China, the virus enters Iran and during this time is regarded as the flu. As you mentioned, we had this respiratory disease, especially in the holy city of Qom and some other cities, but we all considered it as flu. When we got closer to the peak and China announced its tests and kits arrived in Iran, we announced its outbreak.

Q: A Chinese official told one of our country’s officials that this was a US biological war against China, but the details cannot be explained more. Do you confirm this?

A: Our estimates do not show such a thing. In fact, we had other epidemics, whether in the past 20 to 30 years or in the far past. If this is a biological war, the US itself will be most affected by the virus. Perhaps one of the countries that most clearly reported the number of deaths and infections was Iran. I am sure this virus exists in our neighbouring countries including Turkey and so on, but they hide it for whatever reason. The same is happening in the US and Europe. You see the situation in Italy and South Korea. This is very unlikely to be a biological war.

Q: The WHO also announced that we have the most transparent numbers. The WHO representative came to Iran. Is that right?

A: Yes, there was also a team of Chinese experts who were experienced in the field and traveled to Iran, and we had a meeting with them. We are working with the World Health Organisation and all the researchers and specialists in the world who are expert in this field. We designed numerous research programs. There is a page throughout the country and around the world called “Corona Research” that you can first screen yourself to see if you have this virus. It tells you if you have to stay home or go to the hospital. Then, we record the information of all those who have the disease so that everything that was in Iran is registered. The information is available to family members. We started several treatment projects because this is a new virus and there is no definitive cure for it. We designed several studies to find the most effective drug for this virus, especially in Iran. Today, it turned out that this virus is not one type but there are two types of the virus.

Q: How is the research going on? Are there any studies on this?

A: Yes. One of the things we do at the national level is to measure the blood oxygen level of people with shortness of breath. We do it with a device and we don’t have to take their blood. It is just enough to put a finger on it. When the blood oxygen level drops below 90 percent, it means that the person’s infection is one of the most severe ones and s/he must be hospitalised. In addition, we immediately designed some great studies; one of which is screening of the whole population. Another is to record all the patients’ information. The next point is that the blood test is very important. Via a blood test you can say if someone is infected. If the person has been infected and improved, you will understand and you don’t have to worry. We’re working hard on this.

Q: Have we achieved this?

A: Yes. Two days ago in Singapore they did a good test and we use the same experience in Iran.

Q: Do you think the warm season would weaken the virus?

A: Yes. The highest temperature for this virus is 28 and 29 degrees Celsius. When it is on the sofa and desk, it survives for a while and can be transmitted. The temperature over 30 degrees is not good for this virus. Many parts of our country may not reach this level. So what I think is very important is to avoid traveling and gatherings. Most importantly, do not be afraid and keep your spirits up. One of the things that deteriorates a mild sickness is fear and worry.