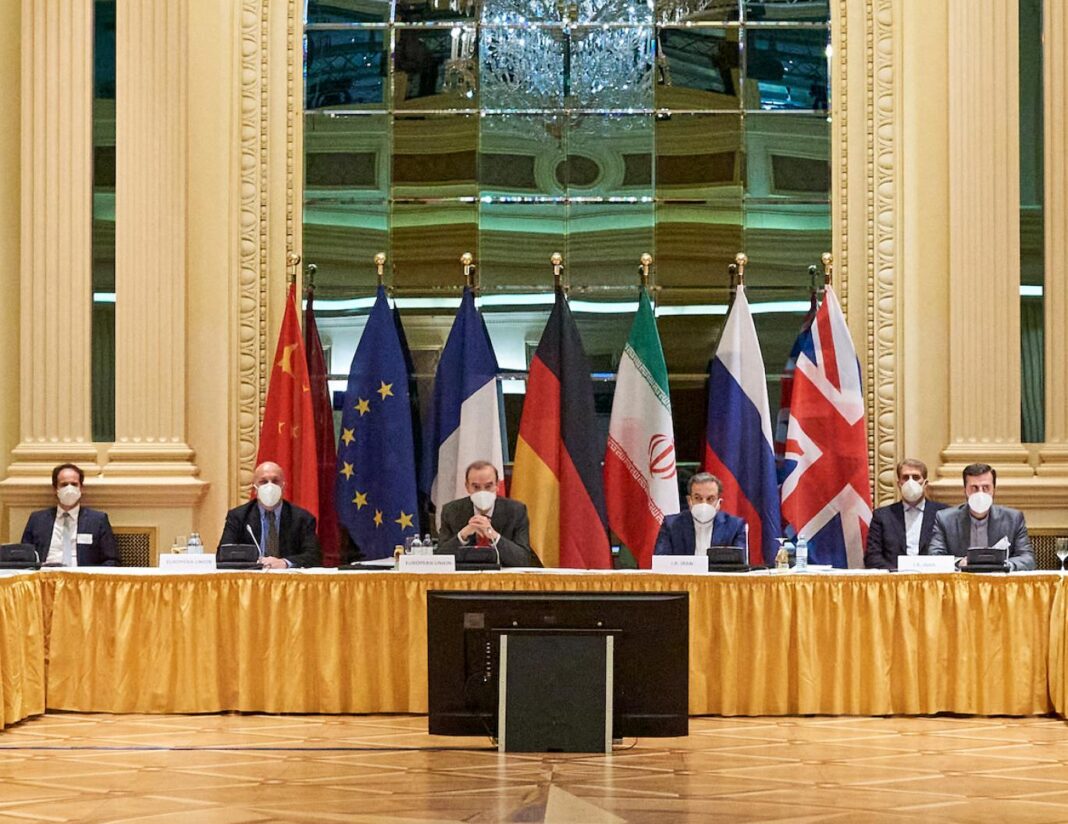 The Iranian negotiating team and the P4+1 group of countries are still holding consultations in the Austrian capital of Vienna.

On Friday afternoon, the heads of the thee European delegations (Germany, Britain, and France) had a joint meeting with Seyyed Abbas Araqchi, the Iranian deputy foreign minister for political affairs who is also the head of Iran’s delegation to Vienna talks.

The meeting was held as part of consultations between Tehran and the P4+1 in the Austrian capital.

The heads of the Chinese and Russian delegations also visited Araqchi’s residence to hold multilateral talks with him.

Following the Thursday meeting of the JCPOA Joint Commission, the participants agreed to continue their technical talks in expert-level meetings in the two domains of “removal of sanctions” and “nuclear issues”.

The results of these expert-level meetings will be declared to the Joint Commission.

In the past two days, Araqchi has held separate meetings with the heads of the Chinese and Russian delegations as well as Mora.