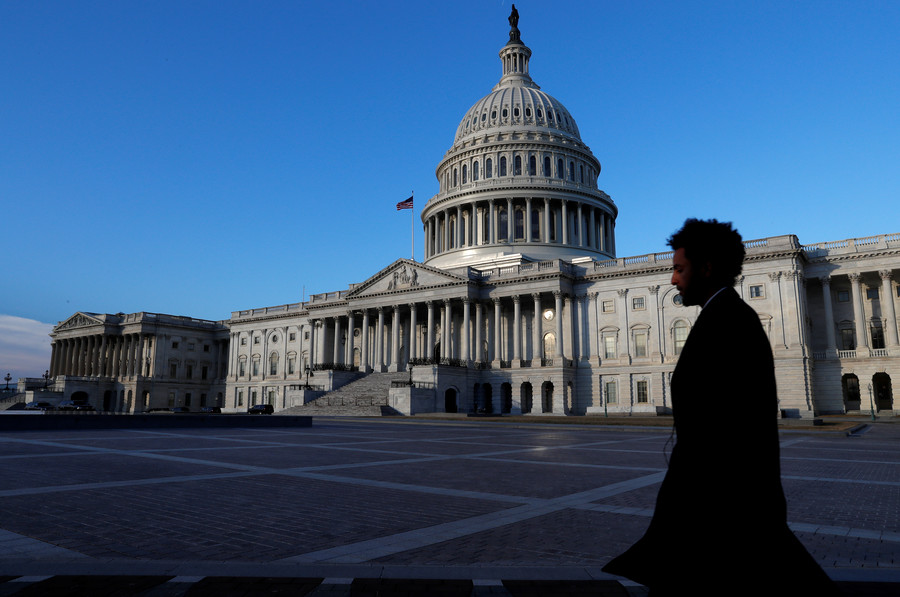 A group of 25 Republican members of Congress wrote a letter to US President Joe Biden this week pledging to block any sanctions relief for Iran, as negotiators meet in Austria’s Vienna to try to reach an agreement on the nuclear deal.

The letter, obtained by The National, accuses the White House of withholding information from Congress and ignoring requests to provide details about the nature of negotiations with Tehran.

The committee has more than 150 Republican members and advocates for conservative policies on defence and foreign policy issues.

In the letter, the signatories re-assert the power of Congress to impose sanctions on Iran.

“We are writing to remind you that the power to regulate commerce with foreign nations and hence the ability to enact economic sanctions resides in Congress,” it said.

The Biden administration entered indirect negotiations with Iran this week in Vienna, with talks centred on Tehran’s demands for sanctions relief.

Russia’s representative to the talks, Mikhail Ulyanov, tweeted on Tuesday that progress has been made on “sanctions lifting and nuclear issues”.

Asked if the Biden administration was willing to lift sanctions on Iran, State Department deputy spokeswoman Jalina Porter stated on Monday that the goal is compliance.

“I won’t get into the details or any hypotheticals from here, but I’ll just focus on the goal, which is a mutual return to compliance … that’s in America’s national interest and we believe it’s the best available option to restrict Iran’s nuclear programme and also provide a platform to address Iran’s destabilising conduct,” Porter explained.

“If Iran demands more or offers less than a mutual return to compliance, these negotiations will not succeed,” she added.

But the Republican signatories to the letter, first reported on by The Free Beacon, are threatening to block any relief if they win a majority in the House in next year’s midterm elections.

“When Republicans return to the majority soon, we look forward to re-asserting Congress’s authority over economic sanctions by passing the Maximum Pressure Act and circumscribing the ability of your administration, like the [Barack] Obama administration before it, to lift sanctions and abuse waiver and license authorities to provide sanctions relief to Iran,” the letter said, referencing [Donald] Trump-era legislation that codified the sanctions regime aimed at stopping Iran from obtaining a nuclear weapon.

In the Senate, legislation to prevent the US from rejoining the nuclear deal was introduced in February and has gained the support of high-ranking senators such as Jim Risch, Marco Rubio, Susan Collins, Ted Cruz, Tim Scott and others.

It stipulates that the lifting of sanctions imposed on Iran cannot take place without addressing the full scope of “Iran’s malign activities”, which include “its nuclear programme, ballistic and cruise missile capabilities, weapons proliferation, support for terrorism, hostage-taking, gross human rights violations and other destabilising activities”.

For the Biden administration to lift some of the sanctions imposed under Trump — such as those placed on Iran’s supreme leader, Ayatollah Sayed Ali Khamenei, and Iranian President Ebrahim Raisi — it would need congressional review.

Such a move would allow Republicans to force a vote on killing the agreement in Congress.

The Israeli government, which opposes a return to the nuclear deal, has warned the Biden administration that Iran is preparing to enrich weapons-grade uranium, Axios reported on Monday.