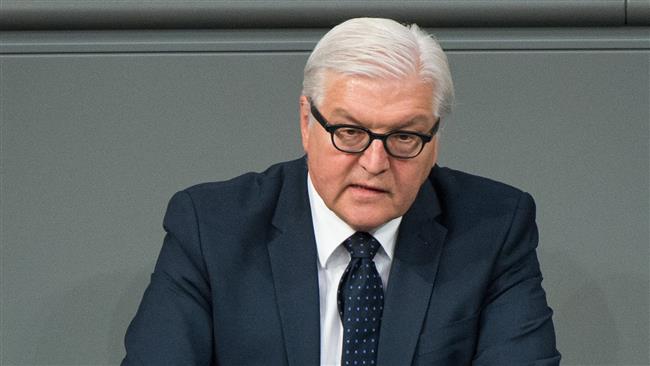 German Foreign Minister Frank-Walter Steimeier stressed on Tuesday that a comprehensive deal requires the political resolve of all parties.

Steinmeier said in an exclusive interview with IRNA that the context of the deal must be watertight to avoid different interpretations.

He added the economic and financial sanctions would be lifted entirely on the primary stage of the deal to make the Iranian people enjoy benefits of the deal soon. The following is the full transcript of the interview:

What can Europe (both at member state and at EU level) do to bolster the nuclear negotiations until the JCPOA is concluded?

In Lausanne we achieved a historic framework agreement. We have thus already shown what many had doubted: that an agreement is possible which enables Iran to use nuclear energy peacefully, as well as in a way which is technologically and economically viable, which will bring the sanctions to an end and, at the same time, gives the international community durable and verifiable guarantees that Iran will not seek to acquire nuclear weapons.

The principles for a comprehensive agreement are thus in place. I hope that no‑one will call these principles into question again. Our task now is to set forth the mutual commitments in such detail that the two sides can be sure that the text is watertight and that there will be no disputes in future about its interpretation.

In your view, what are the most difficult issues still to be resolved?

For us, transparency is a key criterion. That means that the IAEA must be able to fully verify compliance with everything that is agreed, in all of the country. I know that there is a contentious debate about this in Iran.

I believe, however, that this issue can be resolved, also because Germany – just like all other states which have ratified the Additional Protocol to the Non-Proliferation Treaty – grants the IAEA unrestricted access. Thus, this is not about spying on military facilities.

Furthermore, there is a series of complex technical issues which still have to be resolved, for instance in the sphere of centrifuge development as well as the modalities for lifting the sanctions. Nevertheless, I believe here, too, that we can find solutions if the political will is there.

Let us turn to the lifting of the sanctions: why should Iran agree to a final nuclear agreement if, in the end, not all sanctions against Tehran are lifted at once? Are the latest sanctions against some Iranian banks and companies even in keeping with the spirit of the Geneva agreement and the Lausanne declaration? How can trust be rebuilt at all?

We have offered to provide relief for all economic and financial sanctions during the first phase. That will bring about improvements from which Iranians will benefit quickly, especially when it comes to the balance of payments and the exchange rate. Experts estimate that lifting sanctions will result in economic growth of between five and seven per cent and to a fall in the unemployment rate of about three per cent. That would create around one million new jobs.

Our experts have therefore been working around the clock since agreement was reached in Lausanne to create the prerequisites that will enable us to fulfil our part of the agreement punctually and in full when the time comes.

How concerned are you about the problem of xenophobia and Islamophobia in Germany? How dangerous is the Pegida movement in your view?

I believe that Pegida has long since had its day. It was a destructive phenomenon which not only damaged our standing abroad but also democratic coexistence in Germany. I am glad that in every place where Pegida appeared, they were far outnumbered by people attending spontaneous counter-demonstrations, thus making it clear that Germany remains a tolerant and outward‑looking country. We will not let ourselves be divided, neither by islamophobes nor terrorists.

In your view, in which areas should German‑ Iranian relations be especially fostered? Do you see a level of interest in Germany as high as we do on the Iranian side? Can Iran once more become Germany’s No. 1 trading partner in the Middle East? How can cultural relations between Germany and Iran develop?

It is true that Germany was Iran’s most important trading partner before the nuclear dispute. Germany imported 1.5 million tonnes of crude oil each year from Iran, while German trucks, engines and machinery were manufactured in Iran. If we can finally manage to resolve the nuclear issue, we will have the chance to build on these foundations. Iran and Germany have a lot to offer to each other – incidentally, also in the cultural sphere. I am not only referring here to the centuries-old mutual  fascination of our poets and artists. Before the dispute about Iran’s nuclear programme, for example, the German school in Tehran was the largest German school abroad. Many thousands of Iranian students and academics are studying and working at the best German universities. The German‑Iranian author and Islamic scholar Navid Kermani has just been awarded the best‑known German literature prize. That is an indication of how much potential for vibrant exchange there will be once the obstacles have been removed.

Several European foreign ministers have visited Iran during the last 18 months. Do you have any concrete plans to visit Iran?

It is well‑known in Germany that Iran is a fascinating travel destination. However, other criteria are more important to a foreign minister. I am convinced that if we reach an agreement in Vienna, that would also provide us with an opportunity to develop our relations in other spheres.

Bilaterally, there is much potential for more exchange between Germany and Iran. Moreover, when it comes to defusing the pressing conflicts in the region, it would be worthwhile to explore where we could engage in more cooperation. So there is certainly enough to talk about during a visit to Tehran – if we finally manage to resolve the dispute surrounding Iran’s nuclear programme in Vienna.

Iran believes itself to be an indispensable partner in bringing peace to the Middle East. The West still seems to take a different view. Could that change with a possible nuclear agreement and could Iran then be regarded more as a partner?

Iran has much influence in the region due to its geographical location, its rich culture, its well-educated population as well as its dynamic economy.

An Iran which lives side by side in peace and trust with its neighbours would have much to offer to the region. We believe that this must include recognition of Israel’s right to exist.

And a successful attempt must be made to defuse the ever more heated confrontation among religious communities in the region. My fear is that not only in Syria and in Iraq but also on both sides of the Persian Gulf and even in Yemen, the fatal perception is taking hold that what we are witnessing are not political conflicts which can be resolved politically but, rather, an implacable enmity between Shiites and Sunnis. When the centuries‑old peaceful coexistence between the different religious communities is called into question, that poses a threat to all states in the region, not least Iran. That is why it is a matter of urgency that we enter into a process to re-establish trust and tolerance. Iran bears considerable responsibility here. Indeed, I hope that once agreement has been reached on Iran’s nuclear programme, there will be an opportunity to think about new forms of cooperation.

Above all, we have to avoid the mistakes of the past, which made the advance of ISIS possible in the first place. Mosul did not fall into the hands of ISIS because the Iraqi army lacked weapons or ammunition, but because the soldiers – and a portion of the population – were not prepared to fight for an Iraqi state which they felt had abandoned them. In the long term, therefore, it will not be possible to defeat the ISIS phenomenon with military means alone. More than anything else, political progress is needed.

Everyone must help to overcome the rifts between the religious communities in Iraq and to offer the Sunni population a stake in the Iraqi state once more. That will only succeed if, for example, the Iraqi army leads the fight against ISIS in Ramadi or Mosul rather than sectarian militia which the local population fears. Support from Iran in this endeavour would be more important in the long term in the fight against ISIS than any missiles or air strikes.

It seems that Tehran has a vital role to play in reaching a political settlement in Syria. Do you see a paradigm shift here, also on the West’s side, a realisation that Iran has to be included? What role would you like to see Iran play?

If a large proportion of the Syrian population only has the choice between Assad’s barrel bombs and the ISIS butchers, any attempts to bring about a political solution seem ever more remote. The longer the conflict lasts, the more foreign extremists and sectarian militias set the tone, the more difficult it will be to maintain a basis on which all communities can live together in peace in Syria. No country has more influence on the Syrian Government than Iran. I hope that Iran will use this influence to bring the Government to the negotiating table as long as there are still forces on both sides who want peace and with whom a dialogue is possible.