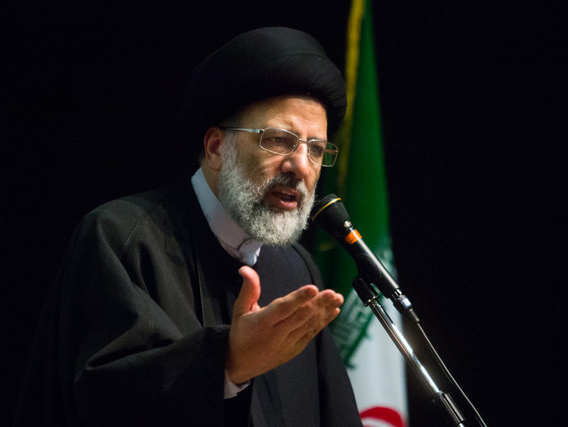 Iranian President Hassan Rouhani’s main rival in Iran elections has hit out at the foreign policy adopted by his administration, saying remarks by some domestic authorities have led to the intensification of US bans on Tehran.

Ebrabim Raisi, the conservative candidate who was defeated in Iran’s 12th presidential election, has harshly criticized the foreign policy adopted by Rouhani administration, saying some comments and messages from inside the country have contributed to the US ratcheting up its sanctions against Iran.

In an address to his supporters in the city of Mashhad, Raisi also slammed what he called the Iranian cabinet members’ illegal support for the incumbent president during the elections campaign.

“In the foreign policy domain, the administration should give up its policy of begging. It is wrong to send signals that would let the enemy know the country’s coffers are drying up. It is wrong to create the impression that people’s everything depends on the JCPOA [nuclear deal between Tehran and world powers]. Kneeling before an Arab official who killed thousands of Muslims in Mina is [an example of] a policy of begging,” said Raisi, who is the custodian of the Imam Reza holy shrine.

He further touched upon Washington’s efforts to slap fresh sanctions against Iran.

“They (US authorities) receive messages and signals which make them understand their sanctions have been effective, prompting them to ratchet up the sanctions.”

“Among the contributors to the tightening of the sanctions were the signals sent from inside the country. If the messages were related to [activities done to realize a] resilient economy and efforts made to ensure an independent economy, they wouldn’t have dared intensify the sanctions,” Raisi noted.

He also took a jab at Rouhani over his remarks about the missile tests conducted by the Iranian Armed Forces.

“I asked which president on earth would weaken his or her country’s defence and missile capabilities. The defence capability is not for waging war; rather, it is to avert war. All over the world, they boost this capability for the sake of deterrence to ward off aggression on their soil. You should be proud of martyrs’ families. Why are you undermining them? If it weren’t for them, we would have to be fighting ISIS in Tehran today,” said Raisi.

He then highlighted that religious democracy is among the features of an Islamic system and the country’s constitution, adding all pillars of the Islamic Republic of Iran are chosen by popular vote.

He further criticized the government over its handling of the 12th presidential election.

“Our people did their best as always, but the officials didn’t do enough. I, as a candidate, should apologize to the people who had come to vote, but had to wait for hours [in long queues] at polling stations simply because they wanted to vote for the hopeful who was a rival to the incumbent administration’s candidate. These people did not manage to cast their ballots finally,” he said.

He said the Guardian Council has received reports from around the country suggesting many people did not get the chance to vote because of long queues at polling stations.

He appreciate the 16 million people who voted for him in the election, and added those votes in fact belong to those who would like to see a government on a par with an Islamic government come to power, the ones whose demands are similar to those of the late Imam, the Leader, martyrs and war veterans.

“I consider the Guardian Council’s decision as the final word; I have put forward my demand and will follow up the issue through legal channels. I will not give up on pursuing my demands, neither will I back down in the face of baseless accusations,” he said.

Raisi warned about efforts by some elements to create tension in the society by polarizing it.

“They bang the drum for polarizing the society; it is a threadbare approach used by the UK to divide Shiites and Sunnis into two, each.”