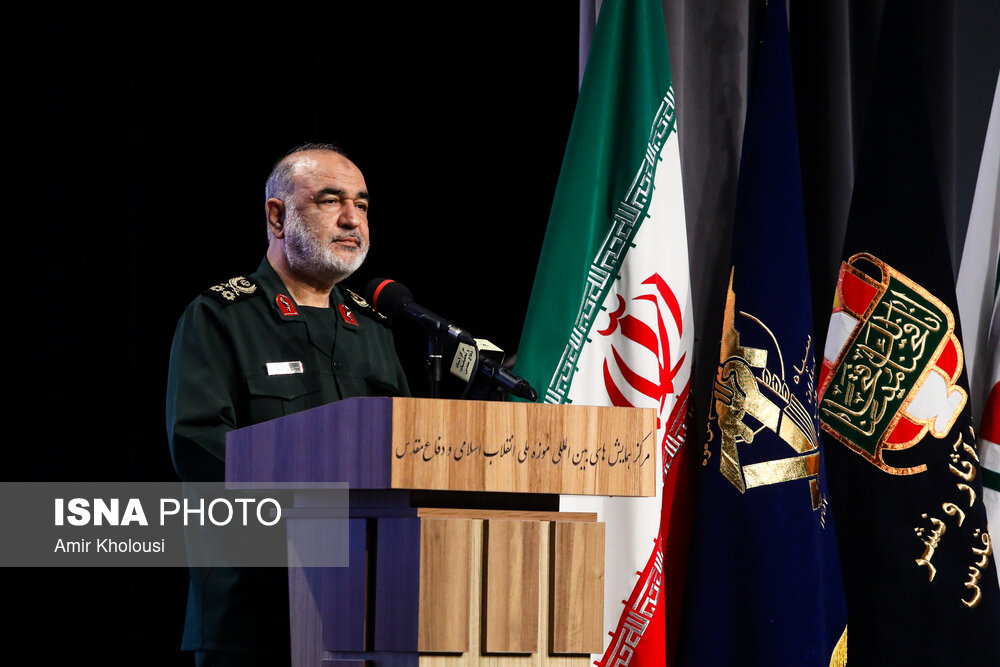 Speaking at the National Elaboration Jihad Conference in Universities,Salami said that this is a combat that extends from within our cities to Washington, New York, London, Tel Aviv, Riyadh and similar capital cities, as engagements do not exist in separate parts of our cities, but still going on in vast parts of the world.

He added that the university professors illuminate the lives of their students and construct the intellectual infrastructure of the minds of the young generation of our country.

“The university professors with their scientific Jihad, based on Divine and revolutionary beliefs of the society, train our youth for shouldering major roles in the bright future of the merging Islamic civilization,” he added.

The IRGC commander said that the ongoing events in our country today are the greatest encounter between the Islamic Revolution and the declining oppression system.

“The main essence of this strategic encounter is the encounter between ignorance and awareness. The root cause and main source of these unrests is precisely in the exact information in the centers and heart of the oppression system,” noted Salami.

The IRGC commander emphasized that the world is passing from its rotten and old order that is on a declining power trend into a new world order.

“What we are now witnesses to, is the intensive, continuous and serial defeats of the global arrogance, throughout four decades of the life of the Islamic Revolution, which means this intensive revenge due to those intensive defeats has led to a declining spiral for the oppression system,” he continued.