Closing Iran’s PMD Case Up to IAEA Board of Governors: Envoy 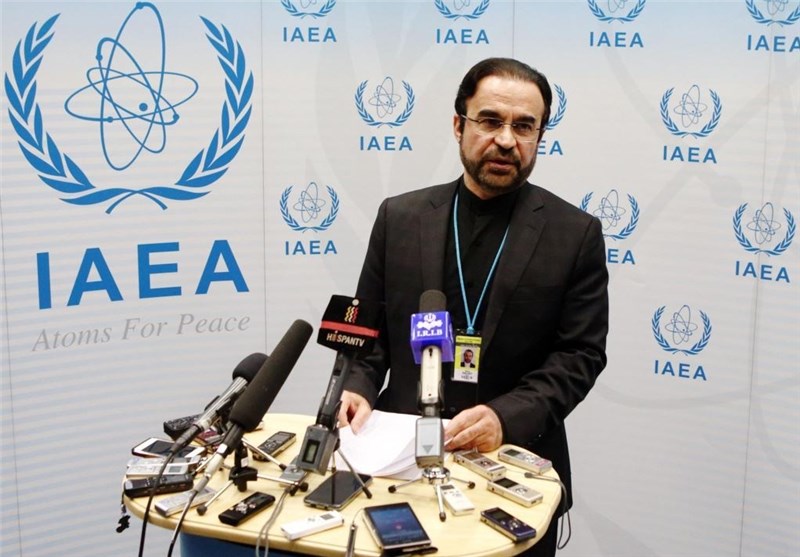 Amano is planned to release a report on the Iranian nuclear program next week, and the agency’s Board of Governors will make a final decision in a meeting on December 15.

Iranian Ambassador to the International Atomic Energy Agency (IAEA) Reza Najafi underlined that the IAEA’s Board of Governors, not its director general, has the authority to close the so-called PMD (possible military dimensions) case in Iran’s nuclear program.

Speaking after the seasonal meeting of the Board of Governors in the Austrian capital, Najafi pointed to recent remarks by IAEA Director General Yukiya Amano, saying that he has no power to close the PMD case.

“I should say that basically, the director general only releases his report (on Iran’s nuclear program) and the closure of the case is not in his authority,” the diplomat said.

Amano is planned to release a report on the Iranian nuclear program, including the PMD issue, next week, and the Agency’s Board of Governors will review the report and make a final decision in a meeting on December 15.

“The report will not be black and white,” Amano told a news conference on Thursday when asked about the final assessment of PMD file which is due next week.

“What I can now say is that this is an issue that cannot be answered by ‘yes’ and ‘no’,” Amano said.

Tehran and 5+1 (Russia, China, the US, Britain, France and Germany) reached a conclusion on a nuclear agreement, the Joint Comprehensive Plan of Action (JCPOA), on July 14.

The IAEA has been given the role of verifying Iran’s commitments under the nuclear deal.

JCPOA was officially adopted on October 18, and is going to take effect within the next few weeks, after the IAEA releases its final report.