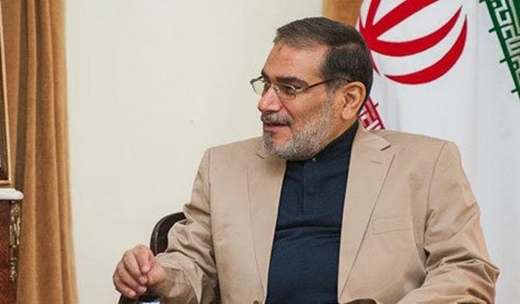 Shamkhani said any review of JCPOA with political or factional interests in mind would undermine both the right and left.

The review of the Joint Comprehensive Plan of Action (the nuclear accord Iran and P5+1 struck in Vienna in mid-July) should not be political or factional in nature, Ali Shamkhani, the secretary of the Supreme National Security Council (SNSC) said in an exclusive interview with the Islamic Republic News Agency on Thursday.

The following is the translation of the brief interview the official news agency released on August 20:

Shamkhani said that the technical, industrial, economic, and inspection- and transparency-related aspects of the nuclear accord Iran and six world powers clinched in Vienna last month are being closely examined in different expert meetings at the Supreme National Security Council.

He went on to say that any review of JCPOA with political or factional interests in mind would undermine both the right and left and play into the hands of the enemies and rivals of the Islamic Republic.

Shamkhani said the result of the review would be announced roughly at the same time other signatories to the deal make the results of their reviews public.

He said securing consensus on the nuclear deal is imperative. “Proper mechanisms are being tapped in the review of JCPOA at the Supreme National Security Council. To that end, establishment of close interaction between the council and the Islamic Consultative Assembly is on the agenda.”

The former defense minister added such cooperation would supplement JCPOA before the results of the steadfastness of the heroic Iranian nation are officially announced.

“It was the Iranian steadfastness in the face of excessive demands by the enemy that brought the Western countries to the negotiating table. Otherwise, P5+1 would not have sat across the table from Iranian diplomats,” he said.

Shamkhani further stated that Iran’s technological progress on the nuclear front forced the enemy which initially insisted on bringing all nuclear activities of the country to a halt to recognize Iran’s nuclear capabilities.

In conclusion, he expressed hope the nuclear deal would eventually consolidate Iranian unity.