Citizen Apologies for Damage after 10 Years! 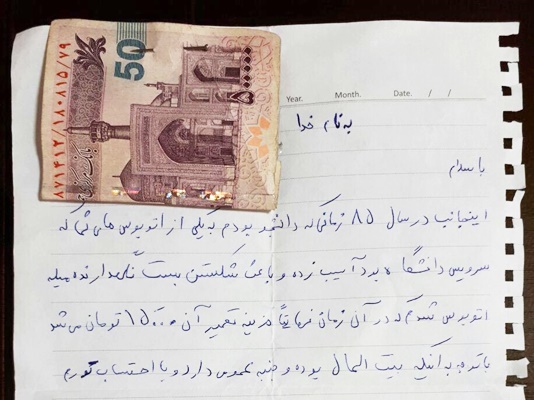 An anonymous Iranian citizen has apologized for having damaged a public bus back in 2006, offering compensation.

In an anonymous letter to the organization offering public bus services, the Iranian citizen in the northwestern Iranian province of West Azarbaijan has apologized to the authority for having broken a “bar fastener” on the bus back in 2006, and asked for forgiveness.

Five-hundred thousand rials (roughly equal to $13) in cash has also been attached to the letter as compensation, according to a Farsi report by Khabar Online.

In response, the managing director of the organization thanked the anonymous writer, and expressed hope all fellow countrymen will be as responsible and caring about public property.

He also ordered the money to be deposited at the organization’s bank account. 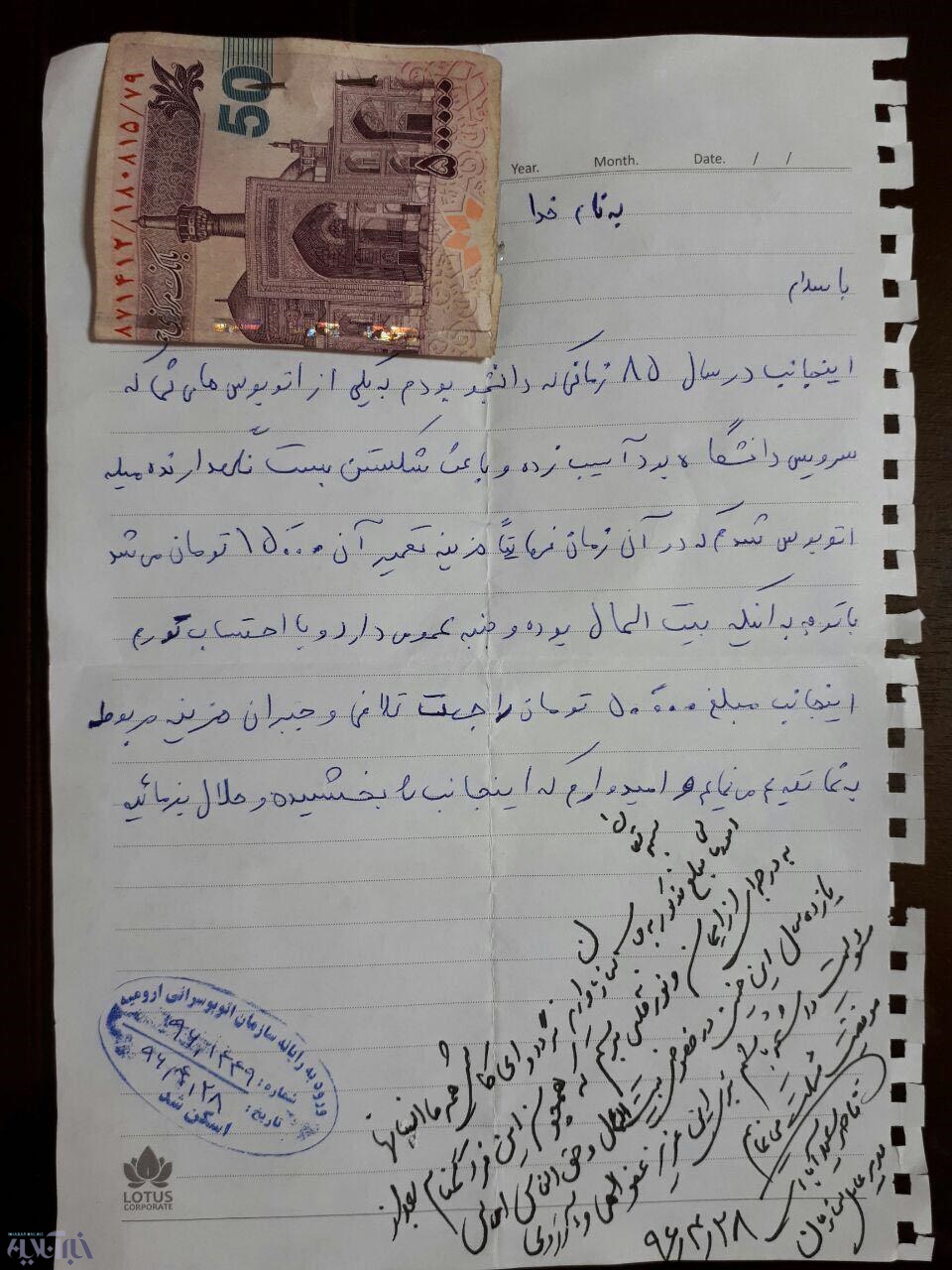