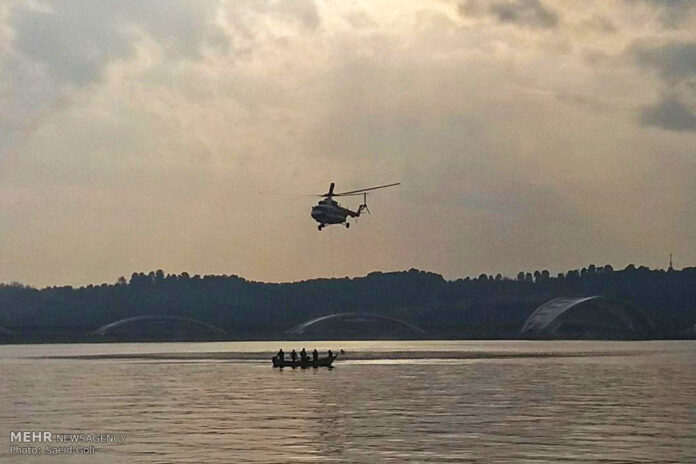 A Bell 205 helicopter crashed in a lake west of Tehran on Tuesday, but all crew members have survived the accident.

The helicopter, belonging to Iran Helicopter Support and Renewal Company, crashed in Lake Chitgar at 11:40 a.m. local time on Tuesday, according to a statement by the company.

All of the 8 people on board the chopper were rescued from the lake after the crash and have been admitted to hospital, it added.

Mizan later reported that two of the crew members have lost their lives in the hospital.

The cause of the incident is under investigation, the statement noted, as reported by Tasnim.

The artificial lake of Chitgar was made next to a large forest park of the same name a few years ago.