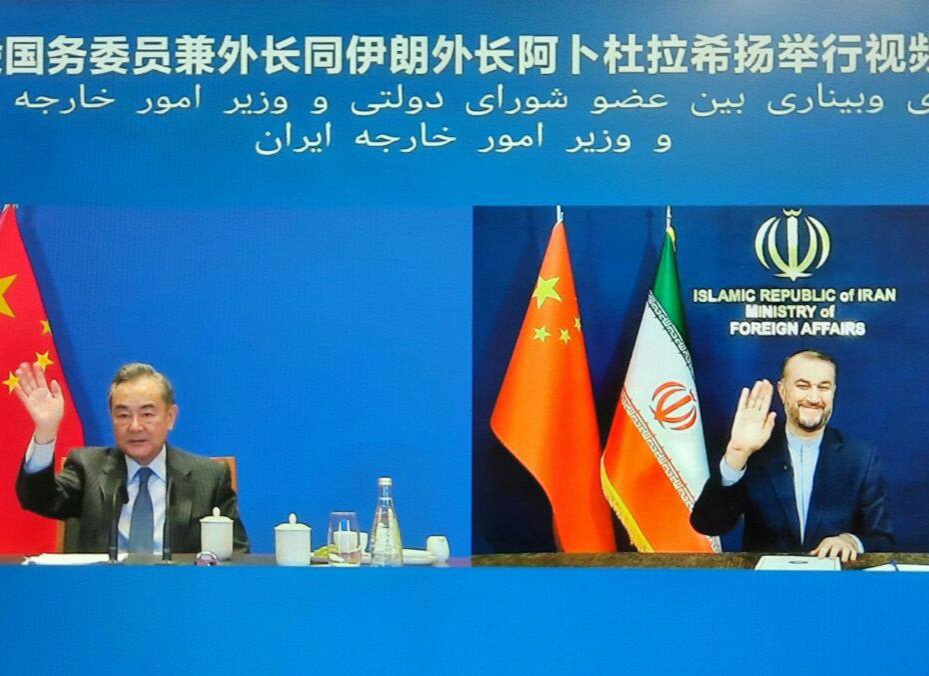 The Chinese foreign minister says Iran’s stance on the upcoming discussions in Vienna is “fair” voicing Beijing’s opposition to any extreme measure on the Iran nuclear deal, the JCPOA.

Wang Yi made the remarks in a virtual meeting with his Iranian counterpart, Hossein Amir Abdollahian.

He also described the resumption of the Vienna talks and the recent visit by the IAEA director general to Tehran as positive.

Yi also referred to the threats issued by the US and the European parties to the JCPOA, who have repeatedly tried to pressure Iran by talking of options, outside the negotiations, to counter Iran’s civilian nuclear program.

The Chinese foreign minister, once more, extended an invitation to his Iranian counterpart for a visit to Beijing.

Wang Yi further underlined the need for a focus on expanding different aspects of bilateral ties with Iran.

Amir Abdollahian also said the outcome of the upcoming talks in Vienna, on the removal of anti-Iran sanctions, hinges on the willingness of the remaining parties to the nuclear deal to fulfill their relevant obligations.

“The Islamic Republic of Iran enters the Vienna talks with full determination to achieve a good agreement, and seeing the illegal withdrawal of the US from the nuclear deal and the European parties’ failure to fulfill their obligations, if they attend the Vienna talks with the necessary will for the implementation of their obligations, getting an agreement quickly will be possible,” Iranian foreign minister said.

Amir Abrollahian also hailed the positive developments in the mutual relations with China over the past several months.

He said Tehran is preparing the grounds for the implementation of economic agreements with Beijing.