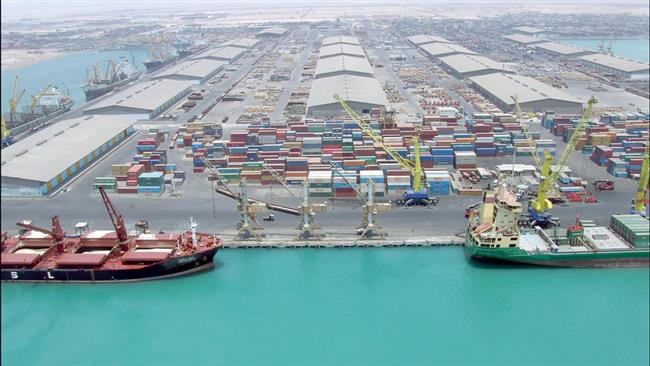 Iran says it has received a request from China to establish a connection between Pakistan’s Gwadar port - which Chinese companies are developing - and Iran’s southeastern port of Chabahar.

Abdolrahim Kordi, the managing director of Chabahar Free Trade Zone, was quoted by Iran’s media as saying that China had informed Iran that it was interested in using Chabahr to transit goods from Gwadar to regional and extra-regional destination points.

Kordi emphasized that there was no competition between Iran’s Chabahar and Pakistan’s Gawadr, stressing that the two could complement each other in terms of market access potentials.

Nevertheless, the official emphasized that the advantages of Chabahar were better than Gwadar in terms of road and rail connection facilities to key transportation points in regions as far as Central Asia and Europe.

Iran started an ambitious project to develop Chabahar port in 2007 through an investment that officials previously said already amounted to $1 billion.

The annual cargo tonnage of the port has now almost tripled to reach as high as 8.5 million tonnes.

The development of Chabahr port is being carried out by India. The country has committed $500 million to Chabahar which lies on the Gulf of Oman, aiming to join an increasingly important transport corridor to the resource-rich regional countries.

When development is complete, Chabahar will link with the International North-South Transportation Corridor (INSTC) which is currently stretches from the Iranian port of Bandar Abbas in the Persian Gulf to Russia, Eurasia and Europe.